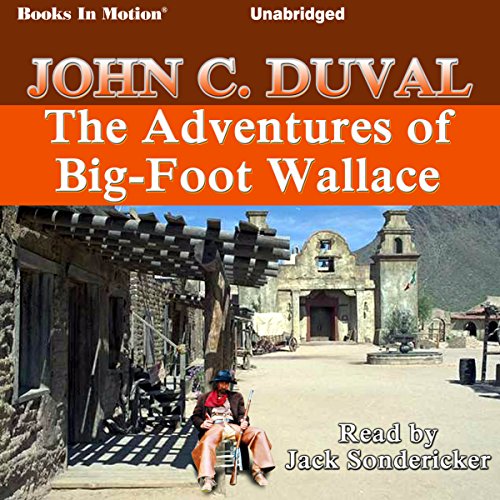 The Adventures of Big-Foot Wallace

Wallace picked up the name "Big-Foot" while in a Mexican prison, because the prison attendants couldn’t find a boot large enough to fit him. Not only was he large of foot but also of deeds. Big-Foot Wallace was an Indian-fighter, hunter, and Texas Ranger. Few men have witnessed as many stirring incidents, had more hair-breadth escapes, or gone through more of the hardships and perils of a border life than Big-Foot Wallace. He was a participant in almost every fight, foray and skirmish with the Mexicans and Indians that took place in Texas since he first landed on her shores in 1836.

What listeners say about The Adventures of Big-Foot Wallace