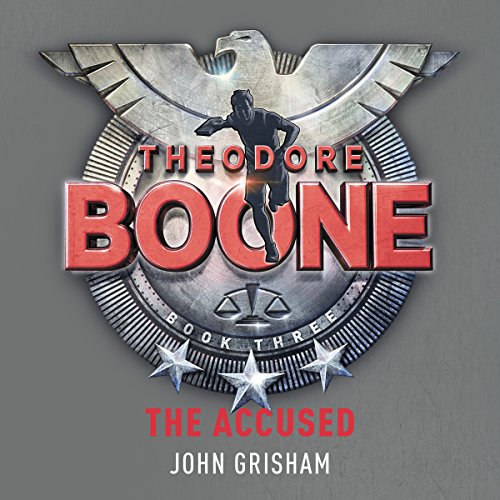 Theodore Boone is obsessed with the courtroom, justice and prosecuting the guilty. But now 13-year-old Theo stands accused.

Stolen property has been found in his locker and soon Theo is under investigation. Somebody is sabotaging his reputation and framing him as a criminal.

As the evidence against him mounts, Theo must use all of his legal powers to chase down the real thief. Can Theo convince the police he's the victim of a crime he did not commit?

If you could sum up The Accused in three words, what would they be?

Takes you into the story from the first page

It kept me listening

What does Richard Thomas bring to the story that you wouldn’t experience if you just read the book?

The emotions of the child

The best in the series so far

Where does The Accused rank among all the audiobooks you’ve listened to so far?

Ah, you've stolen my headline review sentence. I've only listened to the first three in this series, and you do need to listen to book one to get the beginning and end references in this book. However, in terms of plot and pace, this one ticks a lot of boxes. You really root for Theodore. It's his turn to be in the hot seat and things get tricky for him personally. Usually, he's acting on behalf of someone else. This time it's Theo that's "in the dock".Where does it rank overall? I've got more than 50 to compare it with, but, it will be one that I will re-listen to, which marks it out as better quality than most.

What was one of the most memorable moments of The Accused?

The spitting Llama. It's a trivial episode, unrelated to the main plot and takes us on a nostalgic visit back to kitty court.

He's calm, measured, a good range of voices. His voice doesn't get on your nerves and the intonation is good without being totally, like, American, ya know (yuk). I really like it. I can't imagine anyone else reading it. He sounds like what I think Ike (Theo's uncle) looks like.

Even the best lawyers can't always spot the needle and thread when it's them that's being stitched up.

Good length for a car journey - there and back again! Family listening. Good places to stop and say "Lets vote on what happens next", or "Who dunnit".

So many questions unanswered. I don't find stories enjoyable when I haven't been given all the answers.