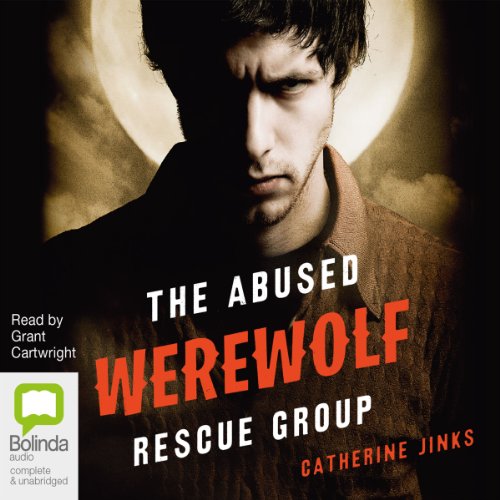 'I still hadn't fully absorbed the terrible possibility that I might be a werewolf. A WEREWOLF. I kept stumbling over that word; it made no sense to me. How could I be a werewolf? Werewolves didn't exist.'

When Tobias Richard Vandevelde wakes up in hospital with no memory of the night before, his horrified mother tells him that he was found unconscious. At Featherdale Wildlife Park. In a dingo pen.

He assumes that his two rambunctious best friends are somehow responsible, until he discovers that they're just as freaked out as he is. Then the mysterious Reuben turns up, claiming that Toby has a rare and dangerous ‘condition’. Next thing he knows, Toby finds himself involved with a strange bunch of sickly insomniacs who seem convinced that he needs their help. It’s not until he’s kidnapped and imprisoned that he starts to believe them – and to understand what being a paranormal monster really means.

What listeners say about The Abused Werewolf Rescue Group

This book is amazing. It's funny, it's insightful and it is an interesting twist on werewolf folklore. I love the Author and this book in particular. I have read it three times. I recommend it to all my friends and family.