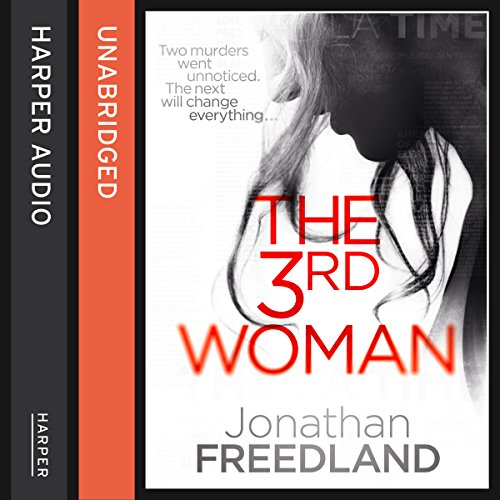 She can't save her sister. Journalist Madison Webb is obsessed with exposing lies and corruption. But she never thought she would be investigating her own sister's murder.

She can't trust the police. Madison refuses to accept the official line that Abigail's death was an isolated crime. She uncovers evidence that suggests that Abi was the third victim in a series of killings that's been hushed up as part of a major conspiracy.

She can expose the truth. In a United States that has yielded to the People's Republic of China, corruption is rife - the government dictates what the "truth" is. With her life on the line, Madison must give up the story or face the consequences....

"Nobody does the high-IQ, high-octane thriller better than Jonathan Freedland." (Tony Parsons)
"Boldly imaginative…a magnetic heroine in a heart-racing story." (A D Miller, author of Snowdrops)
"Shifting his focus from hi-tech present day conspiracies to a very dark chapter of the second world war, he has proved he can more than rub shoulders with the likes of John Le Carré and Robert Harris." (Mirror)
"Pantheon is a propulsive, satisfying novel which burns with moral indignation, earning the author his place at the thriller-writers' high table." (Guardian)

California dreamin' with China on my mind

Our heroine Madison Webb is an award winning LA Times reporter, she exists in a near future where China controls parts of America the indebted giant. A place where crime, politics and power cross every line in society and suddenly touch her life, her family in irreparable ways.

A modern who done it, that delivers thrills, and twists of plot to the very end. With an interesting background, and believable characters that inhabit a possible world that would disturb the american sense of patriotism.

A good Summer read that entertains, and poses a few questions about our changing world.

Expertly narrated by Jennifer Woodward, with the best voice Characterization by a female reader I have heard in an audiobook.