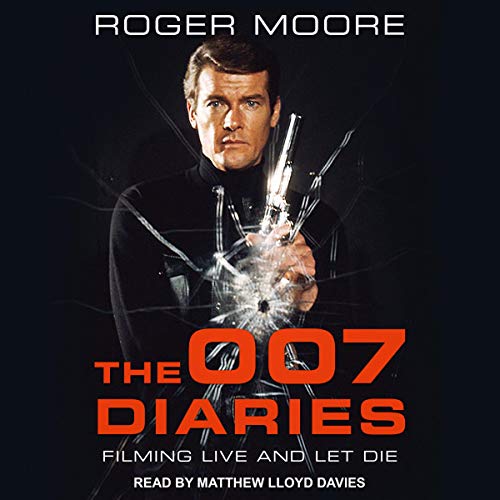 To tie in with the release of his first James Bond film, Live and Let Die, Roger Moore agreed to keep a day-by-day diary throughout the film's production which was published just ahead of the premiere in July 1973. From the previous October, when he was unveiled as the new 007, through to his first scenes on location in New Orleans and his final shot in New York, Moore describes his whirlwind journey as cinema's most famous secret agent. Taking in the sights of Jamaica before returning to Pinewood Studios, Moore's razor wit and unique brand of humor is ever present. With tales from every location, including his encounters with his costars and key crew members, Moore offers the listener an unusually candid, amusing, and hugely insightful behind-the-scenes look into the world's most successful film franchise. Never before, and never since, has a 007 himself written such a book, and this new edition will introduce the next generation of Bond fans to Roger Moore's extraordinary legacy.

What listeners say about The 007 Diaries

Does what it says on the tin.

This is a collection of day to day moments and incidents in the filming of Live and Let Die. There isn't any spectacular insight or great narrative. Rather a series of anecdotes that are sometimes interesting, sometimes funny and sometimes dated.

Overall I found it an interesting read and there were enough funny stories and interesting tidbits to make it worthwhile. Don't go in expecting more than it is. The narration was good.

While Matthew Lloyd Davis is not Roger Moore he still has that crisp tone that makes you forget it's not Roger himself reading it. The story of the making of Live and Let Die is a fascinating one and the wit on display is fantastic. Every Bond fan needs to experience this book, and anyone with an interest in the film industry will get a lot out of this too.

Very entertaining and quite an eye opener

I want to see the film again now! I thought that this would be interesting, and it gives a real unglamorised peek into the sometimes tedious, sometimes potentially dangerous world of filming. I also enjoyed Roger’s other activities, the social life, friends, engagements. I highly recommend this.

Roger Moore was my favourite Bond and Live and let Die my favourite Bond film so maybe I expected too much. A day by day telling of events on set, however most of which reveals little about what actually occurred. I’ve listened to just over 1 1/2 hours and am aware of a lot of messing about with jet boats and that’s it.

This is a really lovely little diary from a really lovely man. It's impossible not to like Roger Moore, and his wit and character shine throughout this book, which will be enjoyed by any Bond aficionado, or anyone who likes back-stage accounts of movie making.

The narrator is particularly good, and really catches Moore's voice and style.

A must for all Bond fans.

A behind the scenes look at the stunts ,the parties and the complexities of making a 007 film . Filled with Roger Moore's trademark humour.