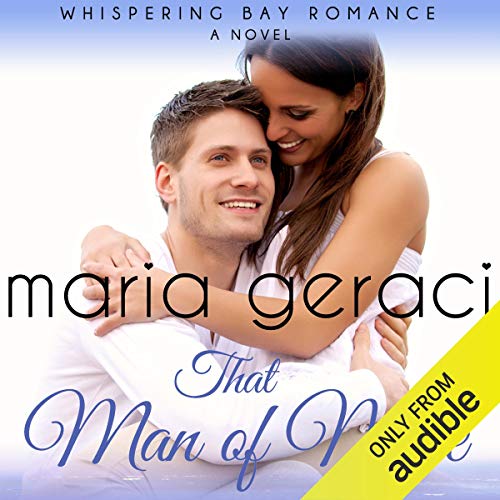 That Man of Mine

That Man of Mine

Welcome to the world of Whispering Bay romance, where hot heroes and smart heroines collide to find their happily-ever-afters!

When Mimi Grant becomes mayor of Whispering Bay, she gets a whole lot more than she bargained for. Her biggest concern? The city's annual festival is in financial ruin and the former housewife doesn't have a clue how to fix things. But, she's determined to bring the sleepy beachside town into the 21st century.

Hunky Police Chief Zeke Grant isn't happy that his estranged wife Mimi has just become his boss. But for the town's sake, he's willing to swallow his pride and let her order him around - to a point. Everything aside, he doesn't count on someone from his past coming back to haunt him, forcing him to reevaluate what's really important.

While Mimi and Zeke continue to butt heads on how to get things done, there's one thing they can't help but agree on: their chemistry is hotter than ever. However, when a robbery threatens to derail the annual festival, some of the town's residents question Mimi and Zeke's ability to keep Whispering Bay safe - as well as keep their war-torn personal life out of civic business. Mimi and Zeke must team up to solve the crime, and decide once and for all if it's time to move forward with separate lives, or if true love really does conquer all.

What listeners say about That Man of Mine

I am not a fan of romance novels, but stumbled into the Wispering Bay series and am glad I did. I have gone through all available books in less than a week and am looking forward to the next release. The stories are well written creating a desire to be immersed in the lives of the characters. I was surprised to find that I was genuinely interested in what would happening next. The stories ring true and real based on my life experiences. Finally, I appreciate the elegance of the writing, and the superb narration. I highly recommend the series

What made the experience of listening to That Man of Mine the most enjoyable?

Having read the print copy, I knew the power of words Maria Geraci possesses, but Carly Robins took a brought the words to life by painting a picture and added emotion to back it up.

What was one of the most memorable moments of That Man of Mine?

Second chances are hard to come by and this couple earned theirs. My favorite moment was when the walls came down and they gave into their emotions.

Which character – as performed by Carly Robins – was your favorite?

I always look forward to hearing a narrator's portrayal of the opposite sex. It just adds that special touch to hear what their perception will be.

I would have loved to listen to this is one sitting, but life can sometimes get in the way. Even though I was not able to listen all at one time, I still enjoyed it.

Ms. Robins opened my eyes to what a gem That Man of Mine really is. Sometimes, it takes seeing through someone else's eyes to appreciate a valuable commodity.

What did you love best about That Man of Mine?

I enjoyed every single minute of this story! I love the small town atmosphere, the history of Mimi and Zeke's relationship throughout their 18 year marriage and the love they have for each other and their family. I thought the 9-1-1 call had a great ending too!

I really love the way the author highlights Maggie's relationships with her children, her husband, her mother and sister in law and the fact that she is a extremely intelligent and highly capable woman who also happens to be the mayor of her small town. I enjoy strong woman with vulnerabilities.

The 9-1-1 call is definitely my favorite scene! It highlights the frustration of life in a small town but it also celebrates the loving community feeling that demonstrates why small town romance is such a popular genre in romance right now. This book engaged all of my emotions.

Come to Whispering Bay where everybody knows your history and celebrates that history with you, whether you want them to, or not.

I love this collaboration of author and narrator and I can't wait to meet more of the citizens in Whispering Bay. I wish I could live there too!