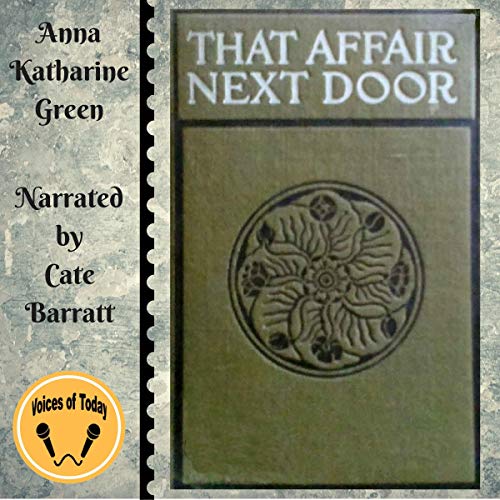 That Affair Next Door

A dead woman is discovered in the parlor of an empty luxury home in New York's famed Gramercy Park.

Green was among the first writers of the detective novel in the US, and was later dubbed "the mother of the detective novel". Her development of amateur sleuths such as New York high society spinster Amelia Butterworth (featured in this novel) later inspired the likes of Agatha Christie to create the famed Miss Jane Marple.

What listeners say about That Affair Next Door