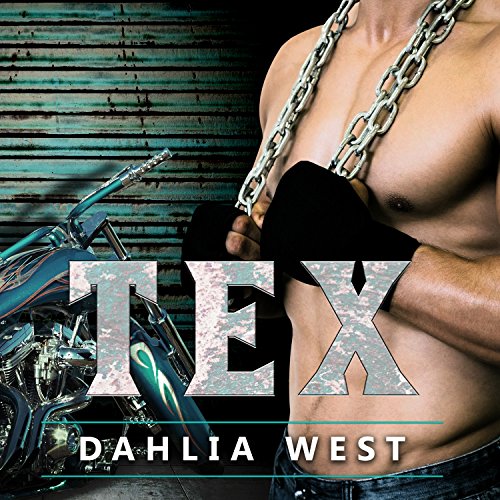 Abby Raines is leaving Las Vegas. She's trading the glitter and excess of her hometown for the rolling hills and lush forests of Rapid City, South Dakota. She's taken her first real job, and she's determined to succeed on her own.

Mark Marsten traded the Texas range for the Army Rangers years ago and never looked back. Now he's settled permanently in Rapid City with the remaining members of his Special Forces unit. He thought he had it all - well, almost, anyway. Until a sassy redhead with a sharp tongue and body to die for rolled into town.

Mark knows that he's too much for her long-term, but he can't resist a fling with Rapid City's newest resident. He thought that he knew the game. After all, it's his game. And always his rules. But more and more it feels like Abby is the one holding all the cards.

Waited for it to get better, gave up. 👎🏻 there is literally no story line and it is repetitive.

This listen is headed as Romance Contemporary with not one hint of Erotica mentioned, or the BDSM story that made up 90% of the listen, so I was very surprised that the story rapidly veered in that direction. Now don't get me wrong - I like love stories with heat, kink and sex along with the romance.... but that was the trouble - there was NO romance or passion here to dilute or balance out the kink. It's all about Tex showing and teaching Vegas how to be his Sub in THE most humiliating, degrading and uncomfortable ways.... making her his leashed dog which included taking her out in the garden crawling naked to pee. And don't get me started on the detailed enemas or the sex they had whilst she was having one!!.... just no, no, no. There was absolutely no chemistry... just one 'get on your knees' scenario after another as Vegas was totally dominated by Tex and subjected to his every sexual whim.

Worth a credit? I thought I'd be listening to a hot biker romance but instead this listen became the verbal enactment of The Dummies Guide Of How To Be A Degraded Submissive.... so no thanks, nuh-uh, no way.... I'd rather stick needles in my eyes than listen to this utter trash again - and it's put me off any further books in this series too.

Not like the other ones in this series. had wayyyyy too much graffic sex. very little story...2/3 of book was kinky sex got to the point I skipped most of the last half looking for a story line.

Was hoping for at least somewhat of a storyline, like the first book. This is trash.

Maybe a little too kinky even for a romance novel

If you like bondage and sexual submission, you'll like this book. I won't judge those who do, but it's not my cup of tea. I really enjoyed the rest of the series (I've listened to four now and rated the others five stars), but this is the dud. Honestly, I prefer a little wild sex mixed into a good story, but I got bored with the endless kinky bondage. Skip this one, but listen to the rest.

Would you ever listen to anything by Dahlia West again?

Yes absolutely. Just this book wasn't for me.

Just a little disappointed, but no biggie.

Not As Bad As I Thought It Would Be!


This review contains some spoilers/teasers:

Honestly, I had mixed feelings about listening to this story due to the all the negative reviews, and thought about it along time before purchasing. I enjoyed the characters from the first book, and want to hear each of their stories. This book starts off just like any other normal story.

Vegas is new in town, she's tough, can take care of herself, and she is not a push over. There's even a scene where she punches a guy for smacking her on her a**. However, after Vegas meets Tex, he helps her fix her car, and they start to have sexy thoughts about each other and she cannot deny she wants to get to know him.

As Vegas, and Tex get to know each other, their attraction for each other grows, and their first sexual encounter pushes Vegas beyond what she is comfortable with. Tex knows he will have to move slowly as he introduces her to his Dom/Sub ways because she is new to this lifestyle.

As her relationship with Tex evolves, she becomes his submission, and he trains her in all sorts sexual Dom/Sub activities. Some of these are no worse than what you read about in other stories; however, other activities are really taboo, and not something most people would try or allow someone to do them. But I had to admit during MOST of these encounters, Tex acted liked he cared for Vegas, and wanted her IN EVERY WAY from her calling him "sir," wearing a studded collar, handcuffed and chained during their "playtime" to wearing a bu++ plug all day. He would call her "pet" but really this is no worse than being call doll, sexy, baby etc. I will admit some of the sex scenes were not a turn on, had me rolling my eyes, and just thinking 'Nope! Not in this lifetime."

While there were a plethora of sexual encounters, lot's of experimenting, and way too many enema's and butt plug scene, I never felt degraded. However, I do think this story lacked the true love connection, and overwhelming attraction, between the H/h! Tex does show passion, but the story is mainly was about Vegas excepting her innermost sexual desires, her need to please Tex, which was a big turn on for her, and him teaching her more about what she likes so they can progress to the next level.

Mason Lloyd deliver an awesome performance! I really liked how he narrated each taboo scene.

Honestly, I am glad I took a chance on this story! Would this be a story I would listen to again? No! There were too many sex scenes and it became redundant. But I was happy Tex's character actually found someone who could accept, love and get turned on by his dominating ways. Also, I liked the rest of the Burnout crew was in the story, and how Vegas connected with Slick. Still like Tex's personality...at least outside the bedroom.

Do I recommend this story?..... LOL... Only to those who like kink, are not easily offended, and are confident in their own sexual desires.

Looking forward to the next book!

As a romance novel, this book fails. The book starts good but quickly devolves into a much too graphic middle that last for 7 of the 10 hours. You are only going to like book if you are into the 50 shades of Grey bit time fan -- and even then? It is way too much over the top for me and is a departure for West from her opening salvo. The narration is fine.

Even with the way too graphic middle, I liked the ending very much. A return to normalcy and romance with nice plot turns -- to bad it was only an hour. West went for the graphic shocker and in my opinion missed the mark. Sometimes less is more. In this case a lot less would have been a lot more.

I give it a meh. I would skip this and head to the next. I can't get any more graphic!

He treats her like a dog makes her pee in the yard what else can I say that should tell you why I didn't like it.

I like a good steamy sex book but this was awful.

Too much bsdm I am not into that and can handle a little...but please too much. And not interesting or sexy. I listened to one that was awesome but this guy spoke like he was teaching how to plant flowers or fix a toilet. Zzzzzz

Not this author!!! I love biker books and hot dominant alpha men, this one was stupid.

No, he should be teaching a class not trying to be sexy.

What character would you cut from Tex?

Buy when it's on sale. Don't use a credit unless you have nothing better to do.

I have always found some of the explicit words used distasteful, however, in the context of this book they did fit.

I LOVE Mason Lloyd's voice and in these books I have become a fan of his vocal talent.

Here we're meeting Abby Raines 'Vegas' who's just moving up from Vegas as the new assistant manager for the hotel there. But before she even had gotten into town Mark Marston 'Tex' comes across her, fixing her car.
Tex, sees her again when she goes to the shop looking in selling her Dad's old classic bike. And he knows he's got to have her, just for a fling. And Tex likes his being in charge & using his Dominance.
Though Abby's from a bustling city I expected Her to know a bit more about BDSM but she practically only knows the extreme.
So this is the start of what they both thinks will be just a fling, NOT expecting things to start moving as quick as they do. Though there was the part of where he treats her to the worse humiliation going, I personally would've just walked, well as soon as I could, but not Vegas she stays.
He thinks he'd be able to leave her be, heck no he can't & Abby feels the same & surprises him. And it's after this, that the 2 can't leave each other alone. And it's during a weekend in Vegas & especially on return to her new home, where we see how Sassy & a force to be reckoned with, Abby actually is...

not in the same league as Shooter and Hawk