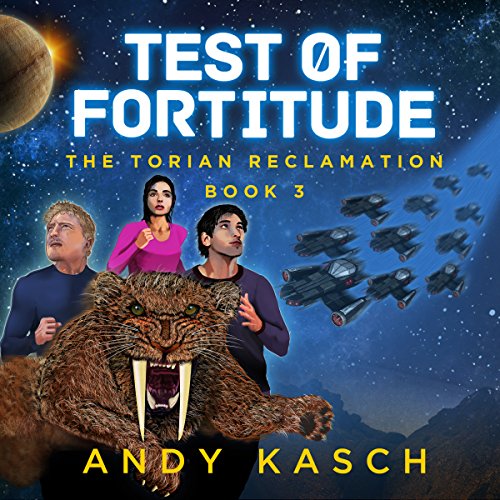 Protecting your home is best accomplished from your enemy's front yard.

Five years after the malicious attack by the unknown dark ships, Tora has achieved an unparalleled military buildup. The Torians are now the alpha male of the Erobian Sphere and have taken to making regular patrols in whatever regions they see fit - but especially along the outer rim, where the High General has come to "sense" covert enemy activity. When a fresh piece of happenstance intelligence only further fans those flames of suspicion, he convinces his old Earthling friend, Brandon Foss, to undertake a special mission. The plan has its risks, but it may be the only way to flush the enemy out into an open confrontation away from Torian space.

Unbeknownst to Brandon or the Torian military, three younger-generation Earthlings and their unique pet have also ventured out across the sphere - where they unwittingly tread on a hidden enemy base. Jumper, Alan, and Kayla's goofily botched vacation plans land them at a critical point in the enemy's farthest advancement. Finding themselves alone, despairing, and far from home, the three friends have no way of realizing that the manner in which they now cope with their rocky circumstances may well affect the course of the entire war.

What listeners say about Test of Fortitude