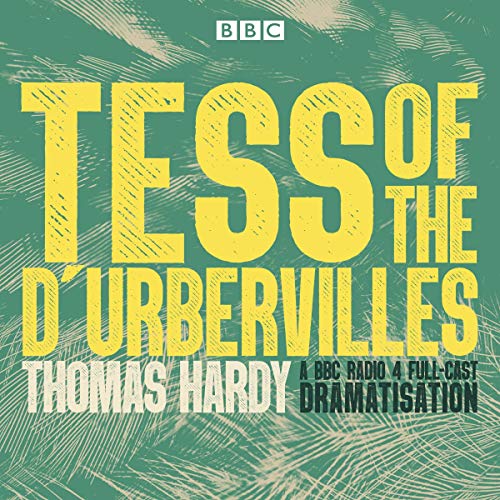 Tess of the D'Urbervilles

A bold new dramatisation of Thomas Hardy's classic, in which his famous heroine evolves from a 'ruined maid' into a doomed but dignified woman in love.

When Tess Durbeyfield's father discovers that their family is descended from the aristocratic Stoke-D'Urbervilles, he insists that Tess visits them to 'claim kinship'. Arriving at the great house, she is given a job by the D'Urbervillles' son, Alec, who is attracted by her innocence and beauty and attempts to seduce her. But this is not a man used to being rejected and he will not leave her alone....

Tess of the D'Urbervilles attracted fierce criticism on first publication for its challenge to Victorian moral and sexual attitudes and its depiction of a heroine who did not conform to the familiar binary stereotypes of virgin and whore. This fresh, compelling full-cast dramatisation puts Tess centre stage as the narrator of her own life - wrestling with her conscience, searching for solutions and making her own decisions - revealing her as a complex, modern woman and illuminating Thomas Hardy as a man ahead of his time.

Produced and directed by Mary Peate and Emma Harding.

What listeners say about Tess of the D'Urbervilles