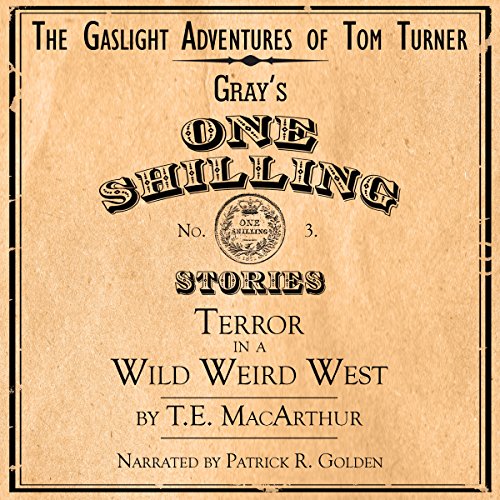 Terror in a Wild Weird West

The wild American West was a dream and hope for many, but for some it was a place to die. Lucky Tom Turner has finally run out of the good fortune that kept him alive for so long. Rescue the brilliant scientist, elude the New Confederacy, and escape the Prussians determined to torture him for secrets only he has - that's all his country asked of him. Ghost trains, evil agents, flooded mines, and a gunfight in the streets of Tombstone all await the no-so-lucky Turner. Before they can get him he'll do right by his country, his honor, and the memory of the woman he cannot have.

What listeners say about Terror in a Wild Weird West