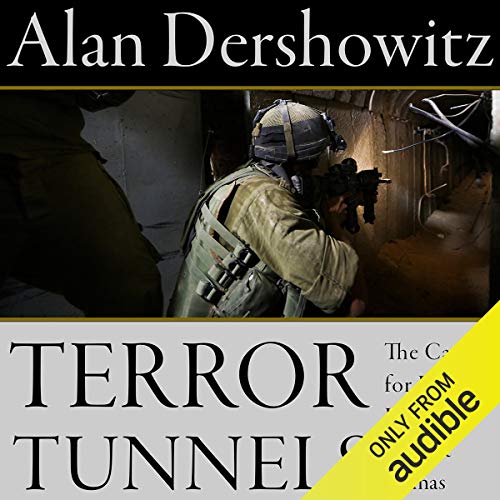 At a time when Israel is under persistent attack - on the battlefield, by international organizations, and in the court of public opinion - Alan Dershowitz presents a powerful case for Israel’s just war against terrorism. In the spirit of his international best-seller, The Case for Israel, Dershowitz shows why Israel's struggle against Hamas is a fight not only to protect its own citizens, but for all democracies. The nation-state of the Jewish people is providing a model for all who are threatened by terrorist groups - such as ISIS, al-Qaeda and Boko Haram. Having himself been in one of the Hamas terror tunnels, Dershowitz explains why Israel had no choice but to send in ground troops to protect its civilians against Hamas death squads.

Dershowitz wrote this book to warn the world that unless Hamas' strategy of building terror tunnels and firing rockets from behind human shields is denounced and stopped - by the international community, the media, the academy, and good people of all religions, ethnicities, and nationalities - it will be coming soon "to a theater near you". Covering all the hot-button issues - from the BDS movement, to the rise of anti-Semitism, to the charge of war crimes, to the prospects of peace - Terror Tunnels: The Case for Israel's Just War Against Hamas is a must-listen for all who care about Israel, peace in the Mideast, human rights, and fairness.

What listeners say about Terror Tunnels