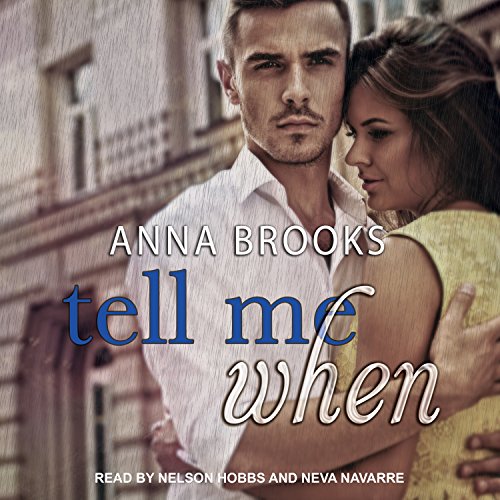 One night can transform everything. Pierce Kelly has a good life. He's the owner of a successful business and also has a wonderful family. But there's a piece to his puzzle that has yet to fall into place. Disheartened, he takes a trip to Vegas, hoping it will help him clear his mind. When the legendary bright lights of the city do nothing but frustrate him further, he goes off on his own and unknowingly finds what he didn't even know he was missing.

Ruby Russo's life is a nightmare. She's the only daughter of one of the most influential men in Las Vegas. It comes with a price - constantly being forced to be a pawn in her father's game. Just when she thinks she's about to be free of his wrath, Ruby finds that her personal hell is far from over; in fact, it's just begun. She escapes for the evening to the only place she's ever found solace but learns that she's not alone. Neither believes in love at first sight, but Pierce and Ruby bond the moment their eyes connect. Their optimism is quickly shattered when Ruby is forced to leave Pierce without an explanation. When they finally find each other after years of loneliness, they discover that their lives are entwined more deeply than just love.

What listeners say about Tell Me When

I chose this story because of Nelson Hobbs. He has such a warm and soft voice. He made the story so much better. That said, this story was easy listen and I really like it. If you a romance lover, this one is for you!

Another great story by Anna Brook, I am loving her “It’s Kind of Personal” Series. This is Pierce and Ruby’s story and it is as heartfelt and engrossing as the earlier books in the series. It can be read and enjoyed as a stand-alone, characters from the other books do appear in this story but you never feel lost or like you're missing anything because you have not read other books in the series. Pierce meets Ruby while vacationing in Vegas, he only sees her twice and even though never got her name he knew she was it for him. Unfortunately she disappears, he did search for her but never found her. Fast Forward three years, she relocates to be near him, hoping to pick up where they left off. She brings baggage with her, demons from her life in Vegas finds her too. Pierce, an over protective alpha male looks out for her. She gains another alpha male in her corner too. I enjoyed this story, there were some surprises and twists, plenty of drama, a bit of suspense and a wonderful build up to a great romance. I listened to the Audible edition, Nelson Hobbs and Neva Navarre are terrific narrators and voice performers. They bring the characters to life, give each their own voice and personality. They are entertaining storytellers and a pleasure to listen to. Thanks for another great listen🎧

This series is amazing!

Completely head over heels for Pierce in this love at first sight novel. Pierce and Ruby have instant chemistry when they first met in Las Vegas. Circumstances being what they are, three years and lots of angst and longing later, the two meet up again and oh my God...talk about HOT! These two are combustible together. I think what I really love about this series is the real life topics that Anna brings into them. Ruby's mother, with her depression caused dementia is something that many people have to deal with, but don't like to talk about. It is so draining on a family, and Anna portrays this perfectly within the story. I also love the way the other characters from the previous books of the series are all intertwined in the book. It makes you feel as if you are part of this extended family.

The narration of Neva Navarre and Nelson Hobbs continues to be the perfect combination. Can't wait for book 5!

Heart achy feels all the way!!!

If you are after an insta-love book, then this one is for you!! Pierce and Ruby's story had a ton of FEELS, emotions and chemistry! I loved Pierce - he was insanely loyal, patient, protective, possessive (of course!!), and as with all of Anna Brooke's heroes, he swoops in and rescues Ruby!! I also enjoyed seeing the reappearance of all the other characters I have come to know in this awesome series!! I feel like I am part of this close, knit family!!! I can't wait for the next books on audio because Neva and Nelson are an amazing combination!!