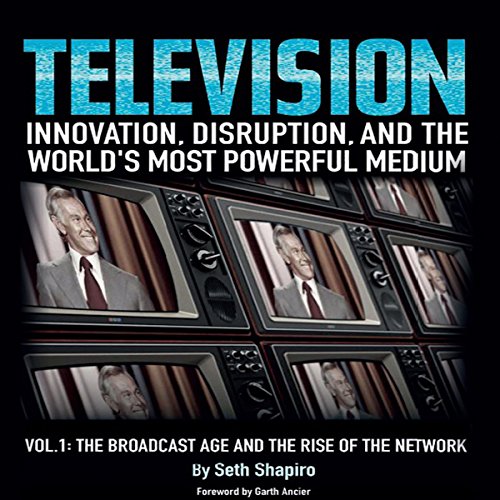 Television: Innovation, Disruption, and the World's Most Powerful Medium

No medium in history can match the power of television. No product has spread so far and so fast. Nothing has had so much influence. Nothing has impacted how the world sees itself like television.

Television: Volume 1 brings together seven decades of stories on how this happened into one epic narrative.

With unparalleled insider insight, it shares critical, practical, behind the scenes lessons from the business of TV. The Television series is a must for media executives, students, entrepreneurs, and fans.

Two-time Emmy Award winner, author Seth Shapiro is a leading advisor in business innovation, media and technology. He is an Adjunct Professor at the USC School of Cinematic Arts, a Governor of the Television Academy, and Principal of New Amsterdam Media LLC.

What listeners say about Television: Innovation, Disruption, and the World's Most Powerful Medium

It is an encyclopedia that can be read cover to cover. Cant wait for the 2nd part