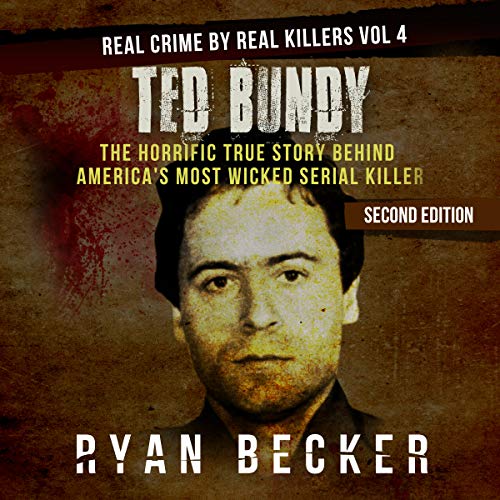 The most fearsome serial killer in US history.

A murderer’s tale is not always shrouded in darkness, trauma, and failure to perform as a normal person. Some killers are just as successful in life as those around them or even more so. They are able to function as any regular human being and charm their communities and victims into believing they are of a good, pure nature.

Ted Bundy was a handsome, charming, and ambitious man who carried his hatred deeper and more hidden than any other murderers do. He was able to lead a life that included normal friendships and relationships, and he even got far as both a student and a politician.

Bundy ended the lives of more than 30 young women, ensuring their final moments were ugly and violent. His torture methods were cruel, and there was no mercy shown to each female as he bludgeoned, strangled, or cut them.

Ted Bundy - the Campus Killer - a name of nightmares. This is his story.

What listeners say about Ted Bundy: The Horrific True Story Behind America's Most Wicked Serial Killer

This story was great- not over detailed. Easy to listen to.Kept my full attention and historical in crime

I must be missing something here. How on earth did this get published?? Well, probably for the same reason I read it- it’s about Bundy. And he’s interesting. But the writing literally has grammatical errors and the performance was so bizarrely toned and pronounced that I wondered if there was a joke I wasn’t in on. How do you hire a narrator for a book about Bundy that cannot province the word heinous (“hayneeyus”). Seriously it sounded like the writer was trying to write a “my first reader” book with blocky short sentences and oddly melodramatic phrasing; and, worse, the performer sounded like a parody of an audiobook! Terrible.

great read... found it to be truth based and fact based.. good smooth narration . A must for true crime lovers.

I want to know more about Bundy's family background. I am fascinated by psychopaths. They all include ALIENATION, EXILE, and ABANDONMENT; little can be done to RETRIEVE them.