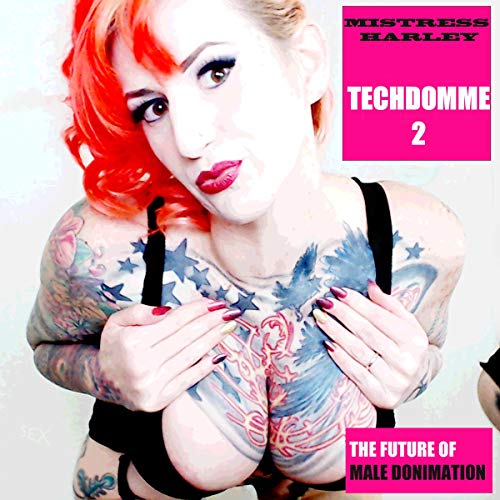 If you are looking at this guide, know it can change your life and make you rich, if you are into that sort of thing.

Are you tired of your nine-to-five dead-end job? Would you like to do your hair and makeup all day and get paid to do it? Are you tired of only getting gift cards for tribute? Do you hate men? Have you ever considered becoming an online mistress for fun and profit?

This is the sequel to Techdomme! Mistress Harley continues with Techdomme #2 with more of a focus on becoming a financial domination mistress from the ground up. You don’t have to be hot, you don’t have to be sexy, you just have to get paid and be in control.

The Internet is lousy with paypigs waiting to be human ATMs to each and every one of your dominant female desires. What are you waiting for? Cam girls are so '90s; do what you want to do with the most expensive up-and-coming fetish. Turn your hobby to cash, all while remaining totally safe and never touching a disgusting, filthy male.

What listeners say about Techdomme #2: How to Techdomme Men Online Using the Latest Domination Tech

It was incredibly short, and basically only grazed the top of the reason one would buy this book.

I was so hopeful. The story she told was interesting and makes me wish even more that it explains how to get yourself to that point, but instead I was left wanting.