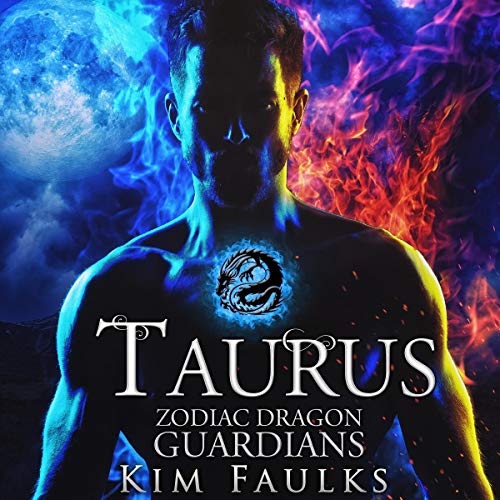 Dark, Sexy. Powerful. This Zodiac Dragon Series will scorch the ears. Marcus Kane is the first of twelve. Dragon-born in the sign of Taurus he carries all the traits of the bull - the good and the bad. He's strong-willed, unbreakable. Deadly on land and in the sky, but when Marcus falls in love, he falls hard. He wasn't meant to fall for the wolf, Abrial. His only job was to protect those he loves - his family.

Abrial is an Alpha-born wolf. On the run from a rival pack, she will stop at nothing to defend what's hers - every wolf - and every inch of her new found territory - and she'll break all the rules to do it. But when the cruel Echo pack moves in ready to spill blood, Abrial comes up against an enemy deadlier than she understands. So she turns to a stranger for help - a man who drove into a tree to save her. A man who smells like danger, but looks at her with fire in his eyes. Marcus Kane.

What listeners say about Taurus

So Confusing and why is there only a girl voice?

So confusing. With all the different metaphors and descriptive sentences it's hard to keep track of what's actually going on with the story and what is a metaphor. It's even more confusing when the girl voice sounds girly speaking the male part. Needless to say this is a dud and I will not be continuing the series.

This series has potential. I like premise of the twelve dragon shifters...one for each zodiac sign and that they are supposed to be the Guardians. Love a good story about "Protectors"...but they just are barely existing until a run in with a werewolf has them getting back to living, back to protecting again.

The majority of the book provided some background, but I felt most of the book was filled with darkness, angst and a lot of turmoil. While the story had good moments, it was confusing at a lot within the story and at some points I was confused who was speaking. I was also confused if they really shifted into two beings, their sign and their dragon....I had more questions it all felt like I was left in the forest without a pack or dragon!

Worth a credit: No....not sure if the story gets better, but I don't feel invested enough in the characters to find out.

I couldn't finish. One long, unchanging voice for so many different characters. It all ran together. I couldn't tell who was speaking, therefore, making it nearly impossible to distinguish what was going on in the story. I try to find the positives in every audiobook, however, I really couldn't find anything this time. Which is a shame since I'm sure if I had read it or if the narrator was changed, the book is probably good. A bad narrator can kill a book. This is NOT cat approved.She disliked it as much as I did. 😿👎

Love these books, and the narrator was perfect!

I recommend this book to anyone who loves hot reads and dragons! A really creative and original take on the genre. I absolutely loved the whole series and can't wait for the rest to come out on audio.

What does Emily Bauer bring to the story that you wouldn’t experience if you just read the book?

The narrator really captures the emotion of the story and sucks you right in until the end. I can't imagine it being done by anyone else.

Asolutely! Would have listened straight through if I could have.

Love this series and I'm SO excited it's being made into audio. Highly recommend!

Story has potential, but I just can't listen to it

I don't often write reviews, but this is just way to horrible. The story has potential to be a great series. But I just can't listen to it. The narrator is over dramatic and speaking every word and sentence as though it's the dying words at the pinnacle of a dramatic scene. (Like a 90 year old, female, William Shatner, was reading it.) It gave me a headache. It drags and runs together. All of the characters have the same voice and dramatic reading. I won't bother with the other books in the series either since they have the same narrator. It's a shame.

I was not a fan of the narrator, the voices she gave the characters were too similar and hard to follow who was talking. I also did not like the first person POV. Idk if it’s because I’m use to 3rd person POV books or not. I didn’t even finish the book, I might borrow it from the library and read it myself to see if it was just the narrator throwing me off, since the idea of zodiac dragon guardians does intrigue me. But as far as an audiobook I will not continue the series.

Strong as a Bull

Kin Faulks has done an excellent job of storytelling. The characters are amazingly beautiful. The storyline is heartbreaking but with the strength of warriors. Emily Bauer did a wonderful job of narrating. looking forward to more of this series.⚘⚘⚘

I had trouble following this book. I enjoyed it but was happy it was over. I feel that this book would have benefited greatly with a strong male narrator and a feminine tough girl narrator. The voices would have made the story easier to follow.

The reader did well on some characters. Overall I didn't enjoy her performance. If she is the reader for the remaining books, I won t be listening to them.