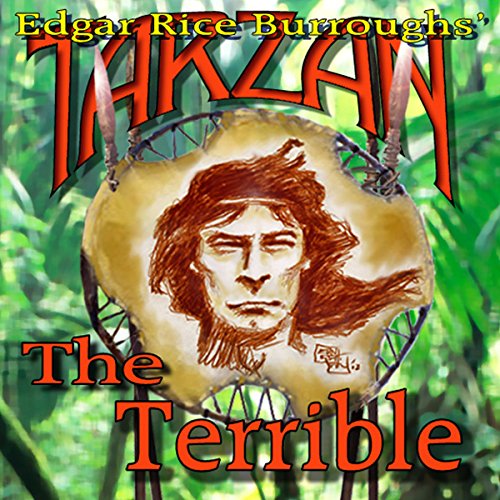 Tarzan's wife, Jane has been abducted by the German High Command. Hot on her trail, Tarzan discovers the lost Kingdom of Pal-ul-don. Home to strange races of man-like beings with tails and arboreal feet, Pal-ul-don teems with strange creatures, including the feared flesh eating dinosaur, the gryf. Intrigue, discoveries and adventure abound in this classic Tarzan adventure, number eight in the famous series by Edgar Rice Burroughs.

What listeners say about Tarzan the Terrible

What did you love best about Tarzan the Terrible?

It's great to have a new ERB title to listen to. This is one of the great Tarzan stories (as good as anything ERB wrote) and finally available in audio.

What was one of the most memorable moments of Tarzan the Terrible?

The return of Korak and Jane's lone survival in the jungle.

What does David Stifel bring to the story that you wouldn’t experience if you just read the book?

David bills himself as "That Burroughs Guy" and he delivers with a quintessential performance of this ERB story.