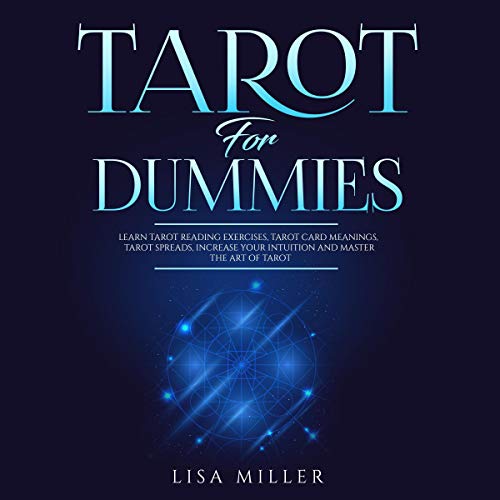 If you’ve ever wanted to learn how to deal, interpret, and study reading Tarot cards, then this audiobook is for you....

Tarot for Dummies isn’t just a list of cards and meanings; it’s a comprehensive guide to learning about what it means to be a Tarot card reader in the age of technology. It will teach you how to be both a reader of cards and a reader of people, how to practice to gain proficiency, and how to avoid being overcome with the emotions of those whose cards you’re reading. This is especially important not only for empaths and other highly-sensitive Tarot readers, but for everyone who wants to read Tarot or have a Tarot reading done for them....

In this audiobook, you’ll learn:

If you’re looking for an easy-to-read, all-inclusive primer on the art of Tarot, then you need to look no further than Tarot for Dummies. It’s sure to become your favorite reference for learning the meanings of Tarot cards and the true meaning of being a Tarot card reader. Get this audiobook and start your Tarot journey today!

Grab your copy of Tarot for Dummies now!

What listeners say about Tarot for Dummies