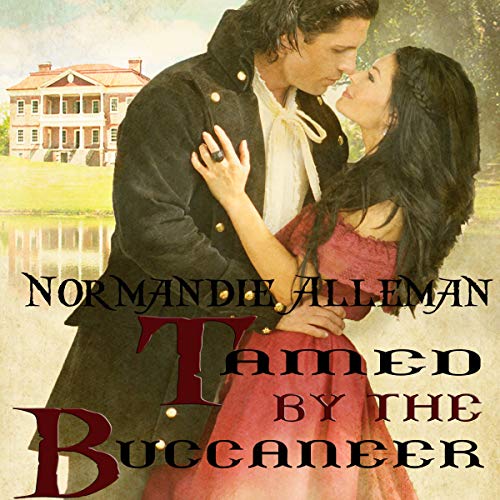 Tamed by the Buccaneer

Life as a buccaneer in the Caribbean in 1668 is not for the faint of heart, but at least Gaston Galette has a beautiful wife at his side and in his bed. During the day she serves as the ship’s physician, while at night in his cabin she is his saucy yet submissive wench.

But after countless brushes with death, Gaston has begun to wonder if it might be time to give up swashbuckling for good. The urgency of the matter is increased when, despite her stubborn refusal to acknowledge the obvious, it becomes clear that Frederica is carrying his child.

Having already lost one family years ago, Gaston cannot stand the thought of losing another, and as far as he is concerned it is time to start building a new life on dry land. Fearing the loss of everything he holds dear, Gaston is determined to convince Frederica to return with him to the Carolina colony and the home he left behind so long ago. But will the strong-willed lass allow herself to be tamed by the buccaneer?

What listeners say about Tamed by the Buccaneer

Pirate ships are so alluring. What makes them so romantic? Well this trilogy has turned me into a pirate lover! Not only is the life exciting, but the pirate himself is impossible not to love! This last book in the Jolly Rouge series lets us follow Gaston and Frederica into their marriage. Gaston loves the sea, but now that he and Frederica are having a child, he is rethinking what would be best for his family. Wanting to keep them safe, he considers leaving the sea, but is that what Freddie wants? This is so much fun! From Frederica not wanting to acknowledge being pregnant to dealing with patients, we get her thoughts and decisions. She is as feisty as she was when she was captured, and this woman knows what she wants. Gaston just makes me smile, with his demands in the bedroom and his fragility with the baby. I loved their adventure and was thrilled with its ending!

Piers Ryman finishes out the trilogy with his wonderful voices. A better narrator could not have been chosen for part. He falls into the world of pirates, each character with a distinct voice and allows us to enjoy their journey. It was a pleasure to listen to this incredible story teller.