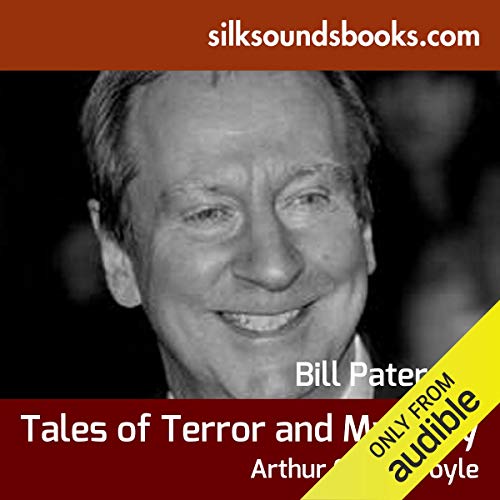 Tales of Terror and Mystery

Trapped by the strength of the public adoration of his character, Sherlock Holmes, Conan Doyle was desperate to write other works not involving the sleuth.

The Tales of Terror and Mystery have all the recognisable qualities that made Conan Doyle's work so popular - the attention to gruesome detail, the meticulous logic and the intricate and wittily bemusing plotting - yet they are free of the constraints put on Conan Doyle by Mr. Holmes.

These stories let loose the adventurous side of the rational and logical mind that many associate with Conan Doyle - the side that pulled him away from his medical studies as a young man to the Arctic Circle on a whaling ship - and, more importantly, the side that led him to a firm belief that grew throughout his life in the occult and the spiritual.

His commitment to things psychic was so great that it is claimed he spent an estimated 258 pounds in the later years of his life on various occult causes. The pioneer fascinated by advances in the technology of flight is released in "The Horror of the Heights", with Conan Doyle’s hero subjected to the hitherto unknown terrors of the upper layers of the atmosphere.

What listeners say about Tales of Terror and Mystery

Missing four of the 12 short stories!

I was disappointed to find this audiobook is missing four of Conan Doyle's short stories.

Sir Arthur Conan Doyle's book Tales of Terror and Mystery is supposed to contain 12 short stories, this reading only contains 8. The Case of Lady Sannox, The Terror of Blue John Gap, The Lost Special and The Black Doctor, are not included in this audiobook.

The eight books that are included in this reading are:
The Horror of the Heights
The Leather Funnel
The New Catacomb
The Brazilian Cat
The Beetle-Hunter
The Man with the Watches
The Japanned Box
The Jew's Breastplate

These eight are very well written (I'm a big fan of Sherlock Holmes and Conan Doyle's other works) and BIll Paterson dose a very good job reading them, though I would recommend finding a complete version with all 12 stories.