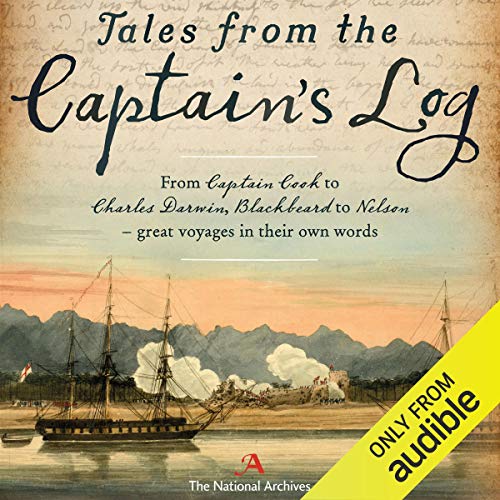 By: The National Archives
Narrated by: Mark Topping
Free with 30-day trial

For centuries, ships' commanders kept journals that recorded their missions. These included voyages of discovery to unknown lands, engagements in war and sea and general trade. Many of their logs, diaries and letters were lodged at The National Archives and give a vivid picture of the situations that they encountered. Entries range from Captain James Cook's notes of his discovery of the South Pacific and Australia, to logs of the great naval battles, such as Waterloo and Trafalgar. From the ships that attempted to stop piracy in the Caribbean, to the surgeons who recorded the health of the men they tended and naturalists who noted the exotic plants and animals they encountered, comes a fascinating picture of life at sea.

What listeners say about Tales from the Captain's Log

Thoroughly enjoyed this fascinating glimpse at our nations and beyond in the maritime world. Well written and exceptionally easy to listen to, I was saddened when it finished.
Lots to learn and lots of hugely interesting facts. AAA++