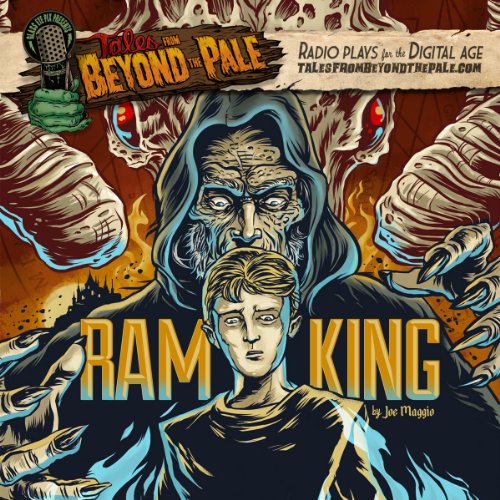 Tales From Beyond the Pale, Season 2 LIVE!

Conceived during a fog-drenched car ride with nothing beyond the windshield but a horizon-less void, Larry Fessenden and Glenn McQuaid created the acclaimed Tales from Beyond the Pale, audio theater inspired by the vintage radio shows of Alfred Hitchcock and Orson Welles. Having previously released 10 studio-recorded Tales for Season One, Fessenden and McQuaid decided to up the ante and stage a second season of Tales before a live audience at the performance venue Dixon Place in downtown New York City.

Tales Season Two delves even further beyond the pale with eight explosive tales to tickle your fancy and curdle your blood. The series is produced by filmmakers Larry Fessenden & Glenn McQuaid; associate producers Lisa Wisely, Jenn Wexler. Joe Maggio's "Ram King" takes place in a nameless mountain village, just 16 years after the Black Death, in which Lassa, an inquisitive young goatherd, is falsely accused of witchcraft by the child of an all-powerful village elder. Lassa looks to the Ram King for comfort, a mythical beast, half-man, half-ram, with skin of blue flames.…Featuring the voice talents of Vincent D'Onofrio, Owen Campbell, Tobias Campbell, Brenda Cooney, Bonnie Dennison, and Joel Garland.

"Fans of shows from A Prairie Home Companion to This American Life that take their stylistic cues from radio's glory days should enjoy these macabre R-rated tales." ( The New York Times)

What listeners say about Tales From Beyond the Pale, Season 2 LIVE!

loved it, just wished they would be longer. also bring the special's that they do, on here