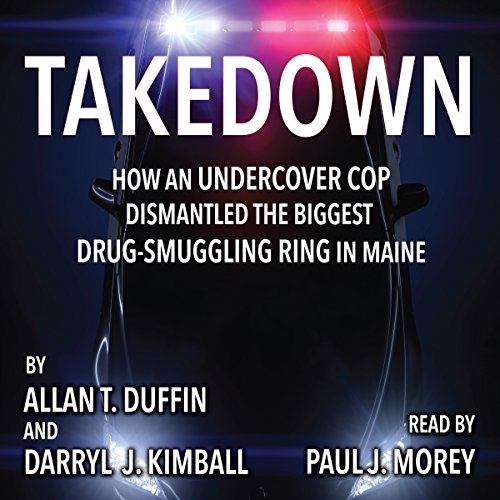 In 1982, Vietnam veteran John Arnold was a detective sergeant in the small town of Sanford, Maine. Working with the DEA and other law enforcement agencies, Arnold went undercover as a crooked cop, receiving kickbacks for "looking the other way" as drug dealer Michael Sanborn flew huge shipments through the local airport. Eventually Arnold met the "big boss", Richard Lowell Stratton, a Texas ranch owner whose involvement in the drug trade stretched back more than a decade.

A task force armed with federal search warrants captured 1,500 pounds of Stratton's marijuana and hashish - the largest such bust in the state of Maine at the time. A manhunt ensued and the case finally went to trial, where Stratton insisted he was just a writer researching a book on the drug trade. The aftermath of the case involved the mysterious death of a key witness - a murder that has never been solved.

What listeners say about Takedown