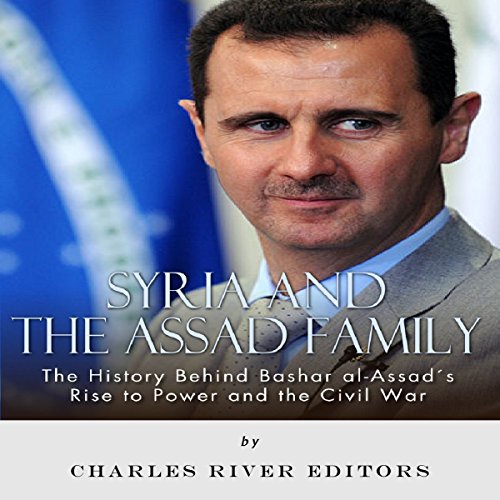 Syria and the Assad Family: The History Behind Bashar al-Assad's Rise to Power and the Civil War

Syria and the Assad Family: The History Behind Bashar al-Assad's Rise to Power and the Civil War

In early 2011, a political movement swept across the Arabic-speaking world that toppled despotic regimes and dictatorships. The political movement, which became known as the "Arab Spring", was popular in nature and made use of the Internet, particularly social networking websites, to remove dictators such as Muammar Qadaffi of Libya. Those dictators, who ruled their countries for decades, were unable to stem the tide of popular indignation against them, even though they tried using force and propaganda in ways reminiscent of the Cold War era.

The events of the Arab Spring have come to be overshadowed by the civil war in the Arabic-speaking nation of Syria, which has been ruled throughout the 21st century by Bashar al-Assad. Though he had not planned on ruling Syria, several events conspired to make Bashar the successor of his father, Hafez. Though the West frequently looked for signs that Bashar might be a reformer, due in part to his formerly popular Western wife, Assad remained part of a critical alliance with Iran and the sub-state groups Hamas and Hezbollah. This formed an influential bloc that has influenced events across the Middle East, and one that Israel and the West have tried to break over the past decade.

A crisis that may have threatened to involve either the United States, Russia, or both, appears to have been solved at least temporarily. However bigger issues concerning Syria still remain.

Syria and the Assad Family explains how Hafez al-Assad's son grew up and the events that brought him to power in Syria. It also comprehensively analyzes the ongoing civil war against Assad. You will learn about Syria's notorious dictator like you never have before.

What listeners say about Syria and the Assad Family: The History Behind Bashar al-Assad's Rise to Power and the Civil War

What did you love best about Syria and the Assad Family: The History Behind Bashar al-Assad's Rise to Power and the Civil War?

I found this a very interesting and informative book which clearly explained the rise of Bashar al-Assad, and events which are still happening in that part of the world.

I liked the way it made this part of modern history easy to understand.

Have you listened to any of Phillip J Mather’s other performances before? How does this one compare?

Yes, I have listened to quite a few of his narrations, I think he is a wonderful narrator and this is one of his best.

Narrator's Mispronunciation of Words is Awful

The narrator speaks painfully slow and in an Alfred Hitchcock voice that is reminiscent of an arrogant king addressing his lowly serfs. But the worst part is his disagreeable habit of randomly adding an "r" to the ends of many words, while with equal randomness deleting the "r" from other words. For example:
he says "Syriar" (for Syria) and "idear" (for idea)
he also says "wahh" (for war) and "powwh" (for power)

On the positive side, there is some worthwhile factual information providing insight into the difficulties of longstanding political unrest among the religious factions in this part of the world.

Good book...narrator , not so much

Good book....however I did not enjoy the narrator's voice. The narrator seemed to draw out every word which made it hard to stay focused on the content.

very informative and listened to it on a short trip. The reader was a bit monotone.

I dont understand the narrator

I have a hard time understanding even half the things he says. His voice is so deep that Batman's voice sound like a child next to it.

Very interesting introduction to the war in Syria and the al-Assad family. This book tells you about the Assads as well as modern Syrian history in a fascinating way. The worst thing about the book is that it is way too short, I would have enjoyed listening to this topic for ten hours to gain a deeper understanding and not just the basic facts, though find it hard to find any more extensive book on this topic.

NOT WORTH TIME OR MONEY

This book is poorly written and poorly performed. The narrator has terrible voice. And the story is confusing - not well organized at all.

It starts off well with a general origin of the Assad family and their religious sect. It explains the history in the early part well, yet as it continues with the modern Arab Spring, it descends into western propaganda that leaves out vital details of western involvement.

Granted that this is about the Assad family, it feels like a hatchet job that places the blame of all of the Syrian troubles on the Assad dynasty when it is much more complex.