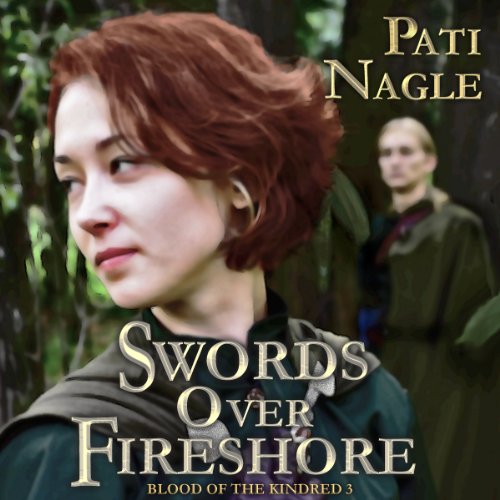 The Alben and Aelven are locked in battle over the capital city, Fireshore. But, if the city is to be saved, these two groups must come to terms with their interconnectedness. Listeners who have made it to this third audiobook of the series won't stop now, and they'll be happy to know that Paige McKinney's performance here is spot on. She captures the whimsical and warm tone. Her voice effortlessly builds Nagle's imaginative world. Her varied pacing keeps the story engaging while her animated interpretation of dialogue gives life to the characters. Fantasy fans have met their match in this series.

The tale of the lven's struggle against their kindred foes, the vampiric alben, continues...

Eliani and Turisan, mindspeakers separated by duty the day after their handfasting, yearn to be reunited as they aid in the fight to hold onto Fireshore. The capital city of that realm has been captured by the alben leader, Shalr, and along with it, Fireshore's governor and Eliani's beloved cousin!

Shalr now has her eye on Woodrun, the center of Fireshore's darkwood production. As Turisan races to bring an army to Woodrun’s defense, Eliani must rescue the captives from Shalr’s toils. Hiding from alben pursuers in the darkwood forest, she encounters a group of exiles, the Lost, who suffer the alben’s curse of blood thirst but strive to follow the lven creed.

Are the Lost enemies or friends? lven or alben? The distinctions blur as the lven approach a conflict that could destroy their hope of holding Fireshore.

What listeners say about Swords Over Fireshore