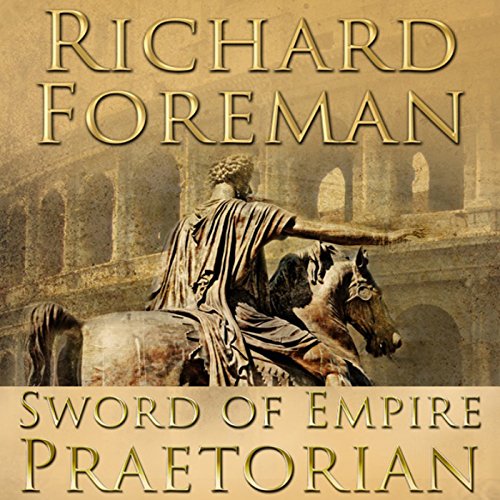 171 AD. Rome is at war with the northern tribes - and is yet to win a significant battle. The Germanic armies have crossed the Danube and have attacked the Empire, slaughtering thousands. The Emperor, Marcus Aurelius, is losing the support of the people and the Senate. Yet he has formed a plan he believes will change the balance of power in the region. Aurelius has dispatched an officer in the Praetorian Guard, the centurion Gaius Maximus, to escort the son and daughter of a powerful German tribal chief back to their village through enemy territory - in hope of arranging an alliance with Rome. But Maximus, to complete his mission, must contest with enemies at home, as well as abroad. One man will change the fate of an Empire, or die trying.

From the backstreets of Rome, to the forests of Germany, and onto the Battle of Pannonia, Sword of Empire: Praetorian is the first book in a new series from the best-selling author of the novel Augustus: Son of Rome - and the Sword of Rome collection of novellas about the campaigns of Julius Caesar. For fans of Simon Scarrow, Ben Kane, and Conn Iggulden. Richard Foreman's books have been widely praised.

What listeners say about Sword of Empire: Praetorian