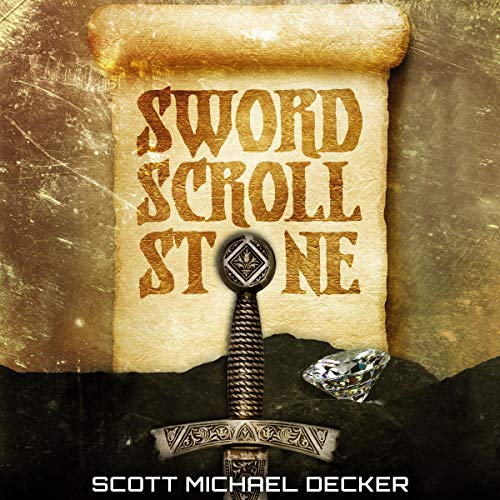 One by one, three ancient talismans disappear.

After Columba Riverford’s induction to the Hall of Swords, the sacred sword Genesyx is stolen and Columba is accused of its theft. Meanwhile, Aridisia Myric obtains membership to the Crypt of Scrolls, and the One Scroll Canodex vanishes.

Soon after, the One Stone Luxullian disappears and Baron Marl Gneiss’ access to the Vault of Stones is denied.

Banished, the three embark on a quest to recover the artifacts and restore their names. But unknown to them all is an ancient evil that seeks to destroy the Order of Magic and claim the talismans as his own.