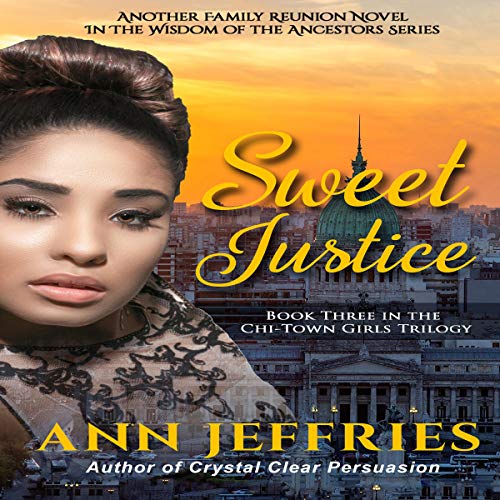 Tina Justice burst into the club like she owned the joint. Heads quickly turned and murmurs rose amid lively applause. Newspaper photographers and reporters scurried ahead of her, frantically snapping pictures and shouting questions while her security team cleared the way. She ignored it all.

Restaurant patrons jumped to their feet, applauding in roof-raising adulation and admiration of her, sounding like hundreds of geese rising from a lake, noisily squawking and honking, wings loudly beating the air. One would have thought she was giving out thousand-dollar bills for all the attention focused on her. Yet, no one could deny that she looked like a cool million, freshly minted in her money-green, shimmering sheath.

Initially, businessman Nico Collins thought all of the hoopla was over the very popular male matinee idol and heartthrob escorting her for the evening. The actor had just won best male actor for his role in the latest film her company, Sweet Justice Productions, released. However, the crowd quickly disabused Nico of that notion when they started chanting “Sweet Justice” in a rhythmic rendition of the title song from the soundtrack of her blockbuster movie.

Neither Tina nor Nico could have predicted how their lives would crash together and cause cataclysmic sparks to fly. When two billionaire captains of industry collide, could both survive the experience?

What listeners say about Sweet Justice