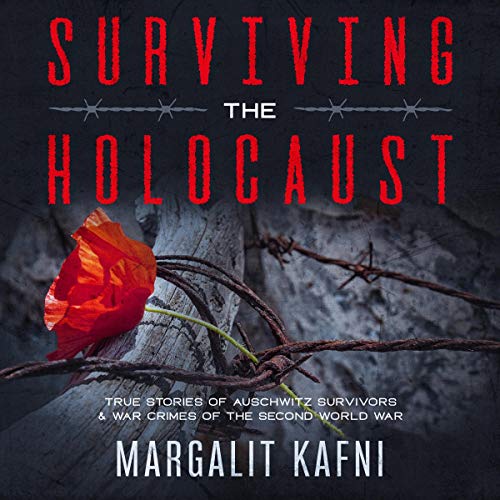 The world suddenly changed into hell as the rivers and lakes turned into blood. The Pacific Ocean and the Atlantic Ocean could not be left behind. The hue and cries of people could be heard from afar and beyond, as the merciless and ruthless massacre of the Jews were being carried out. This was the genocide that took place between 1941 and 1945.

This book Surviving the Holocaust opens up a fresh wound that, even though we are healed, looks fresh just like yesterday. The book talks much about the survivors of the Holocaust. The main objective of this book is to instill in you the information and the facts in order for you to understand what went on during that time.

This audiobook explores the life of the survivors and how they managed their ordeals. It is good to note that the likes of Irene Fogel saw death with their own eyes. Imagine existing in an era where over 60 million people are being displaced, with another 17 million who just disappeared. It is painful, indeed. Irene, who survived the Holocaust, was born in a poverty-stricken family, even though her father’s lumberyard was able to sustain them.

It is now up to you to check on this chapter so that you can gather more information about Irene and the other survivors. This book also elaborates and illustrates why this war started. Some put these reasons as mere conceptions, while others believe in them. The life of the survivors even became hell after the Holocaust, since keeping up with the situation proved horrific. Many went ahead to commit suicide.

This book Surviving the Holocaust is an emotional one. It is filled with detailed information that you might require in your quest for knowing World War II. I cannot dwell on all the chapters here, but within the book, you will learn about the following:

Buy the audiobook to learn more.

What listeners say about Surviving the Holocaust