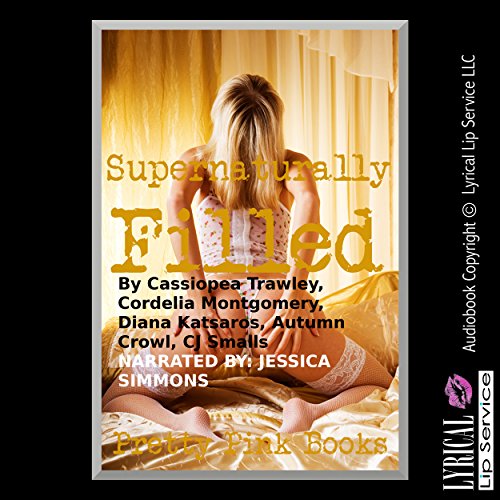 Gangbanged by the Ghosts

Hillary and her friend, Sandy, are paranormal investigators, ghost hunters. Of course they don't really believe in the paranormal, but they've made a great career of publishing photographic books of scary places with unexplained phenomena. That leads them to Harkland House, where legend says five Civil War soldiers and an innocent woman were brutally slaughtered and remain to haunt the abode even to this day. Of course they don't believe it, but something happens while they're there. Five men and one woman take the two in a rough and reluctant gangbang complete with double penetration. Did it really happen? Could both of them have dreamed the exact same dream?

Taken by the Tentacle Alien

My days on the deep space station were filled with boredom. As the only human managing robotic equipment on a distant planet, I really had nothing to do but fill my days as best I could without going insane with boredom. Then the space station let out an alarm, and suddenly things changed. There was an alien onboard, and the creature was intent on determining how humans reproduce. That meant rough sexual treatment as it attempted to impregnate me!

Tentacles in Every Hole

I have no idea what's growing in the bathroom. The little clay pot that used to hold my houseplant now holds...well, I don't know what it is. All I know is that it's not a houseplant, and when I take a shower it seems to get...excited. It doesn't stay small, either.In fact while the water falls down around me, it always ends up...well, this time there's no hole off limits, and my tentacle monster is ready to give me my first anal sex experience and to make sure my mouth is completely full while I have a rough double penetration in the shower!

What listeners say about Supernaturally Filled

There are 5 stories in this bad compilation. Of the 5, all have females being forced into sex, and they are being forced into sex with human ghosts in 2 of the stories, aliens in 2 other stories, and a humanoid, earth-based entity that blurred in 1 story.
The writing was very, very immature. None of the stories varied in their lack of good English usage or good syntax. At times it sounded like it was written by someone who didn't know English well, as if English may have been their second language. Being creative and being able to express it through writing are two different skills. These authors only had one, and it's not the writing.
And all of the stories had one mechanical, non-descriptive, non-sexy sexual encounter. There was redundancy in all of the sex; all had oral, anal, and vaginal. All of the anal sex was deemed painful and done for the first time by the female protagonists.
The narrator didn't help my experience with these stories. She was not good either, but contributed to the blandness of this compilation. The narrator's pausing, spacing between words strangely and over emphasizing "a" like someone just learning to read was irritating, distracting, and evidenced a lack of skill at narration. Her poor work made me wonder whether or not it was bad writing every time or bad reading/narrating at times. For instance, in 1 story she said, "Box of dark work" instead of "Box of dark wood." And in another story, similarly, she said, "Growing even faster" instead of "Going even faster" following a statement about oral penis movement. Were these errors in the narrator's reading or errors in the writing? Nonetheless, the ideas were good but so poorly executed. There's nothing else positive in any of these beyond the simple ideas. Immature, bland, poorly executed in writing and narration.