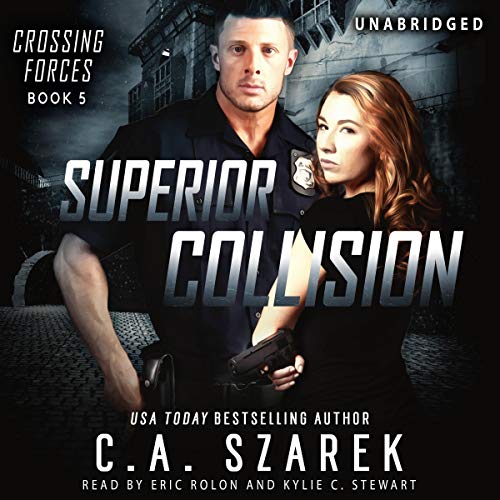 Colliding on the path to catch a killer....

Special Agent Taylor Carrigan takes “control freak” to the extreme. Her need for structured rigidity rules her life - and her job at the FBI. She doesn’t do emotion, so when her fiancé is murdered, she doesn’t know how to deal with the internal fallout.

Antioch Police Sergeant Shannon Crowley has been intrigued with the uptight FBI agent for months. When he looks at Taylor, he sees more than the mask she hides behind.

She doesn’t have time for the cop who won’t quit chasing her - she’s got chasing to do of her own. Taylor admits he calms her, but he’s a distraction she can’t afford. She’s playing a dangerous game, riding the line between revenge and justice.

Keeping Shannon close could give Taylor the balance she desperately needs, but it would put something more than her case in jeopardy: her heart. With so much on the line, is she capable of handling it?

What listeners say about Superior Collision