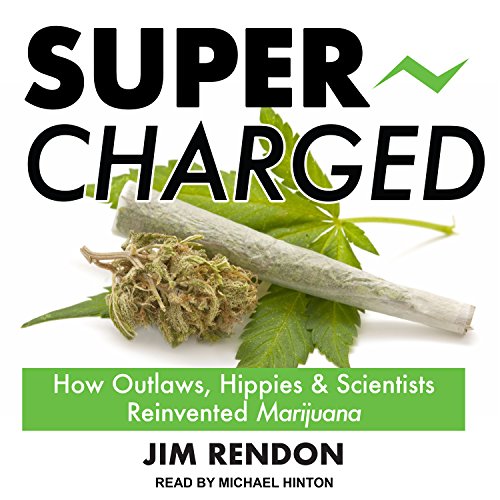 Marijuana has been illegal in the United States since 1937. Yet, thanks in large part to a loosely connected underground world of breeders, dealers, and smokers, there are currently more than 2000 varieties available. And since 1996, when California first passed legislation allowing for legalized medical marijuana, the underground has slowly surfaced, pushing what was once a decentralized, lawless world closer to the corporate world of business, agriculture, and pharmaceuticals. Super-Charged gets up close and personal with the people who have transformed this controversial drug. With personalities and backgrounds as diverse as the plant itself, the growers include a former Silicon Valley software entrepreneur, third-generation Humboldt, California, growers, a publicly traded pharmaceutical company, and the famous marijuana personality Jorge Cervantes. Jim Rendon takes listeners behind the scenes and into the homes and grow operations of the committed, quality-obsessed practitioners in the international underground industry responsible for creating today's super-charged cannabis.

What listeners say about Super-Charged