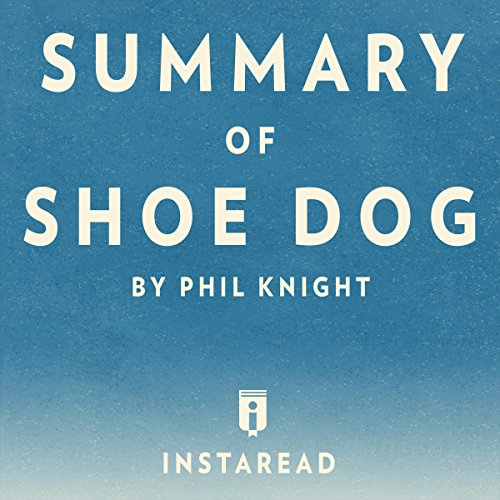 By: Instaread
Narrated by: Dwight Equitz
Free with 30-day trial

Shoe Dog is Phil Knight's memoir about founding his first company, Blue Ribbon, the creation of the Nike sportswear brand, and the lead-up to the initial public offering of Nike, Inc.

In 1962, at 24 years old, Knight decided to pursue a business idea he researched in a Stanford University business class: introducing Japanese running shoes to the United States to compete with dominant European brands. This would require a trip to Japan. Knight wanted to extend this trip into a voyage around the world, so he acquired a loan from his father in Portland, Oregon. Knight planned an itinerary with a friend from Stanford. After a brief stay in Hawaii, Knight continued his journey without his traveling companion. In Japan, Knight met with executives at Onitsuka Tiger Shoe Company. He offered to become their US distributor as Blue Ribbon Sports. The executives agreed to send him samples....

PLEASE NOTE: This is summary and analysis of the book and not the original book.

Inside this Instaread summary of Shoe Dog:

What listeners say about Summary of Shoe Dog: by Phil Knight | Includes Analysis