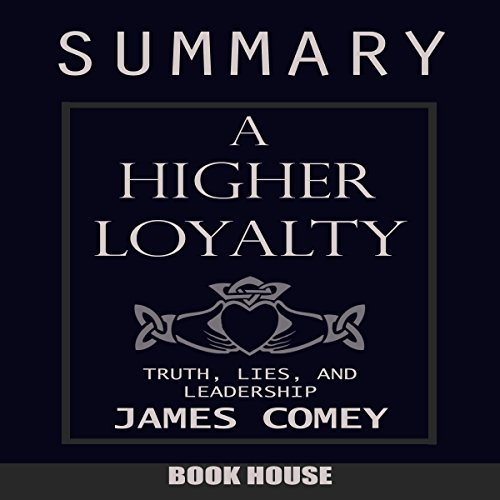 Summary of A Higher Loyalty: Truth, Lies, and Leadership by James Comey

James Comey, seventh director of the United States Federal Bureau of Investigation (FBI), takes listeners on a journey in this interesting tell-all. The book chronicles the career path of a man given to the pursuit of justice, the ethical and unethical leaders he encounters along the way, and his own resolve to not be found in the latter category.

Comey recounts experiences with his boss at a summer job, who struck a fine balance between compassion and firmness. He tells us of his boss Helen Fahey who was fully confident in herself yet humble enough to admit her vulnerabilities. He also tells us of President Donald Trump, who is none of these things.

Comey’s book reveals how his uncompromising nature won him more enemies than friends, as he consistently exhibited the utmost loyalty to truth and the rule of law. Both in the Bush administration where he served as Deputy Attorney General, and in the Obama administration where he served as FBI Director, he was constantly in the eye of the storm for his rigid commitment to doing the right thing. In the former, it was with the Stellar Wind program, and in the latter, the Clinton email saga.

Disclaimer: This is a summary review of the book A Higher Loyalty and not the original book.

What listeners say about Summary of A Higher Loyalty: Truth, Lies, and Leadership by James Comey

Great book but the narration...

I really enjoyed the content of the book and found so much of it VERY interesting, but the narrator of the Summary of the book was a bit monotonous and robotic. Would overall recommend the book, though. I have read the full version and suggest that you do, too. A LOT is missed in the Summary.

This is an excellent book, but very hard to listen to. No inflections in the voice made me think it was a computer generated voice.

I could not listen to this woman's voice and followed up by buying the original. So glad I did because hearing the story told by the author was so much better.