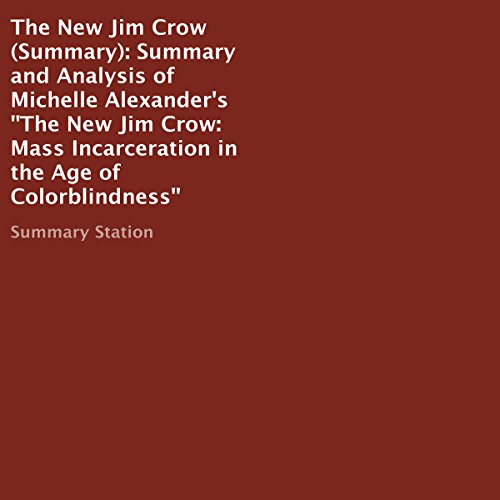 Summary and Analysis of Michelle Alexander's 'The New Jim Crow: Mass Incarceration in the Age of Colorblindness'

Learn about how American minorities are targeted by unjust laws in order to keep them out of mainstream society in a fraction of the time it takes to hear the actual book!

Michelle Alexander names three audiences whom she intends to reach and inform with her book. The first is composed of people who care profoundly about racial justice but who do not yet realize the enormous crisis of mass incarceration of people of color. The second is composed of the people who recognize a trend in the criminal justice system that resembles the racism of decades ago but who do not have the facts to back their beliefs. Last of all, she hopes to reach the many people incarcerated in the American prison system. She then uses an anecdote to explain her main point, that the US incarceration system continues the racial discrimination evident in our country's history.

Jarvious Cotton's great-great grandfather was unable to vote because he was a slave. Cotton's great grandfather was killed by the Ku Klux Klan for attempting to vote. His grandfather did not vote because of the KKK's threats. Cotton's father could not vote because of poll taxes and literacy tests. And, finally, Cotton cannot vote because he was once convicted as a felon. Alexander explains that voting is the most basic democratic freedom and right, yet black people throughout US history have been unable to hold or else exercise that right. Furthermore, racial discrimination continues today in a legalized form because once-convicted felons are legally required to explain their background and may be legally refused service or opportunities because of it. While the reasons and rationalizations that have been used to support racial exclusion and discrimination have changed over the years, the outcome is mostly the same.

What listeners say about Summary and Analysis of Michelle Alexander's 'The New Jim Crow: Mass Incarceration in the Age of Colorblindness'

I found the summary interesting and fairly well written, However the performance made me glad this summary was so short. The reader uses odd pauses and emphasis and the result is a choppy and unpleasant listening experience. Also, the reader has difficulty with certain words. For instance he says "antidote" when he meant "anecdote;" "pacifically" when he meant "specifically;" and "ubiguous" when he meant "ubiquitous."

These are starting facts and figures laid out in a series of very compelling arguments for racism today in the form of our prison system.

The data offered was very good, however the conclusions drawn are questionable and bit faulty

I have the book but found listening to it more engaging. Conclusion? America needs help.