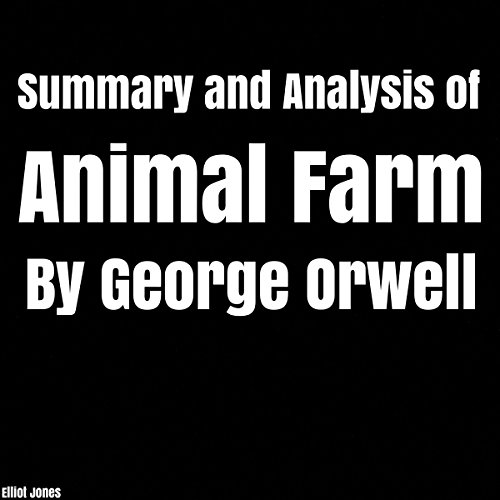 Summary and Analysis of Animal Farm by George Orwell

Animal Farm, by George Orwell, is a political fable based on the Russian Revolution. It is one of Orwell’s finest works, containing wit and fantasy. Animal Farm was published in 1945 in England and a year later was published in the United States. It created an uproar and circulated faster and wider compared to Orwell’s earlier works. He called his book "Animal Farm: A Fairy Story" but since the adaptation of translating, "A Fairy Story" has been cut, except from the earliest copies. Orwell experienced publication problems early on due to there not "being a market for children’s books". But that did not stop Orwell, and now Animal Farm and 1984 are some of the best literary classics of today.

I remember reading Animal Farm when I was in grade school and haven't thought about it since. Fast forward 31 years and I was given this opportunity to listen to this summary and review of Animal Farm. After listening to this book, I now see this book and it's characters from a different point of view. The author points out the comparisons of the characters and their living conditions to that of Communist Russia and Stalin. He also points out how society tends to claim that all are equal, just some are more equal than others. The narrator did an excellent job in narrating this book. I was given a free review copy of this book and have decided to voluntarily leave this review.