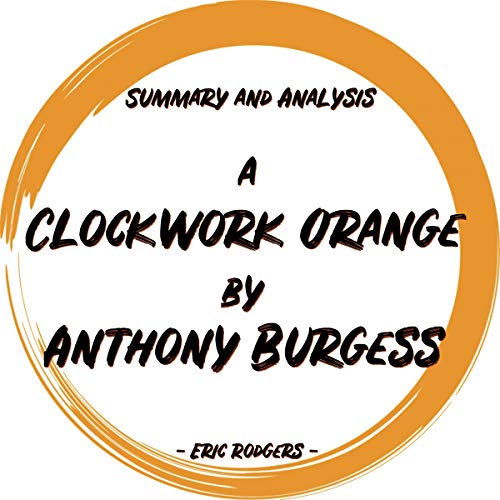 Summary and Analysis: A Clockwork Orange by Anthony Burgess

This is a summary/study guide of the book.

A Clockwork Orange is a dystopian satirical black comedy novel by English writer Anthony Burgess, published in 1962. It is set in a near future English society featuring a subculture of extreme youth violence. The teenage protagonist, Alex, narrates his violent exploits and his experiences with state authorities intent on reforming him. The book is partially written in a Russian-influenced argot called "Nadsat", which takes its name from the Russian suffix that is equivalent to '-teen' in English. According to Burgess, it was a jeu d'esprit written in just three weeks.

In 2005, A Clockwork Orange was included on Time magazine's list of the 100 best English-language novels written since 1923, and it was named by Modern Library and its readers as one of the 100 best English-language novels of the 20th century. The original manuscript of the book has been located at McMaster University's William Ready Division of Archives and Research Collections in Hamilton, Ontario, Canada since the institution purchased the documents in 1971.

What listeners say about Summary and Analysis: A Clockwork Orange by Anthony Burgess