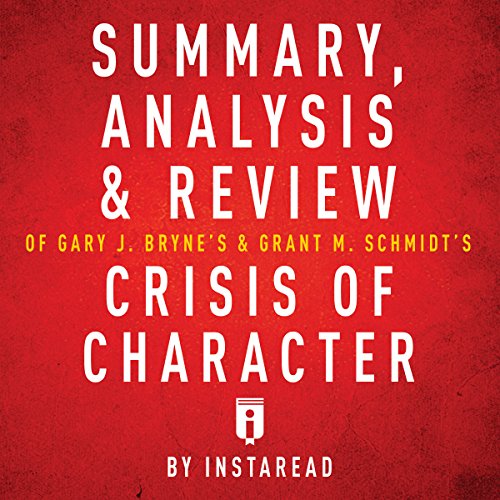 By: Instaread
Narrated by: Dwight Equitz

Gary J. Byrne was a member of the uniformed division of the Secret Service during the Clinton administration in the 1990s. He was stationed outside the door of the Oval Office and was able to closely observe Bill and Hillary Clinton. His experiences showed him that the Clintons were unfit for high office.

Byrne was born in Pennsylvania to Irish-American and Lebanese-American parents who taught him the value of hard work and character. He struggled with dyslexia but overcame his disability to enlist in the Air Force Security Police in 1982. He discovered he had a talent for remaining calm under pressure and for using firearms. He left the military in 1986 to work assembling aircraft for Boeing in Pennsylvania.

Byrne entered the Secret Service in 1991. He admired President George H.W. Bush, who had served in the military as a naval aviator.

Please note: This is summary and analysis of the book and not the original book.