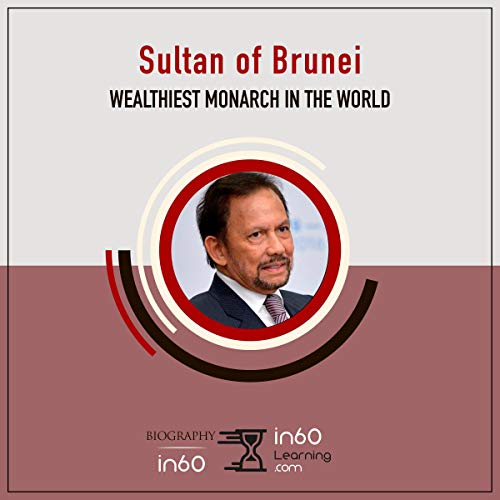 In 2017, the 29th Sultan of Brunei, Hassanl Bolkiah, celebrated his Golden Jubilee, marking his 50th year in power. Bolkiah negotiated Brunei's independence from the British Empire in 1978, a freedom which they achieved in 1984. The first sultan to also serve as Prime Minister, Bolkiah has ruled over this prosperous nation ever since. He is officially the world's wealthiest monarch thanks to his country's oil and gas reserves. Whether you know him for his extravagant lifestyle or his political work establishing Shari'ah Law, there's no doubt that the Sultan of Brunei is a powerful leader worth getting to know.

What listeners say about Sultan of Brunei

This was largely a one sided propaganda piece on a man who is “beyond any critical comment,” enforced by law. I learned some things on Brunei but found this book silly and dishonest in that “the Sultan could do no wrong.”