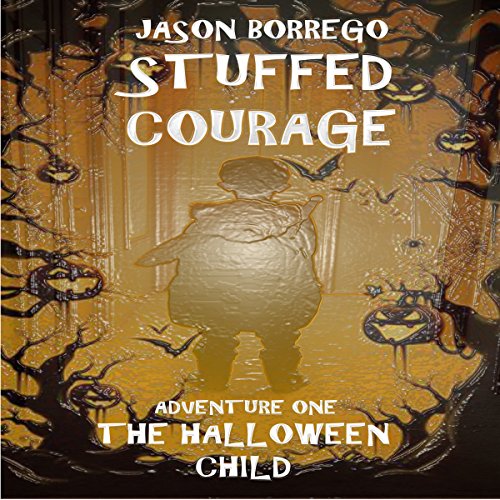 Stuffed Courage is a magical adventure about confronting childhood fears, enduring troubling times, and believing in the impossible.

Stuffed Courage isn't your typical children's book. Stuffed Courage is an epic adventure meant to be heard by both the parent and the child. Together, this magical adventure will bring you closer and hopefully give your child a hero to fight back against their fears.

I am a Protector of Dreams, a defender against nightmares, a light in the darkness, and with stuffed courage, I will not fail!

Alexander Hitch was born on Halloween and has a strange connection to magic. He swears that something lives in his closet or maybe underneath his bed. The boy is misunderstood. No one believes him, and to make matters worse any and all talk of magic is banned - a law executed by his blockhead of a father. But the boy is special in more ways than even he suspects.

When Alex discovers a ragged teddy bear by chance, he hopes for a descent night sleep. But the monster that haunts him grows brave and attacks. It threatens to devour him and the town on his approaching eighth birthday, which happens to be Halloween.

The mysterious teddy bear comes to life and defends Alex, risking his own stitching. The two are linked by a special bond that neither understand. This is because the teddy bear has amnesia. The only way to survive the long night is for Alexander to help the teddy bear remember his purpose.

Doing this is no easy task as Alexander will have to brave the nightmare, outsmart an annoying sister, and avoid his clueless parents that only get in the way. The young boy and his teddy bear find their courage pushed to its magical limits in this brave new adventure!

What listeners say about Stuffed Courage: The Halloween Child