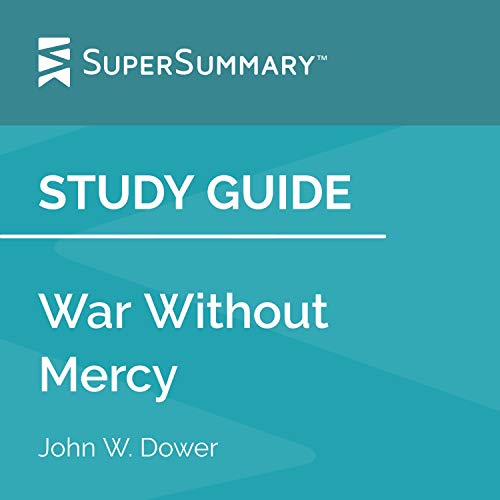 By: SuperSummary
Narrated by: Micah Howery

SuperSummary, a modern alternative to SparkNotes and CliffsNotes, offers high-quality instructional study guides for challenging works of literature. This audio study guide for “War Without Mercy” by John W. Dower includes detailed summary and analysis of each chapter and an in-depth exploration of the book’s multiple symbols, motifs, and themes such as Japanese society and social hierarchy, Japanese purity and purification, and racism in the early 20th century. Featured content also includes commentary on major characters, 25 important quotes, essay questions, and discussion topics.

In this award-winning nonfiction work, Pulitzer Prize-winning author and historian John W. Dower investigates the racism between the United States and the Empire of Japan, as it existed before, during, and after World War II. Amidst the brutal and merciless nature of the war, both the Anglo-American allies and the Japanese were fighting for the preservation of their homeland (for both sides viewed the other as an aggressive, conquering power bent on world domination) and the safety of their loved ones.