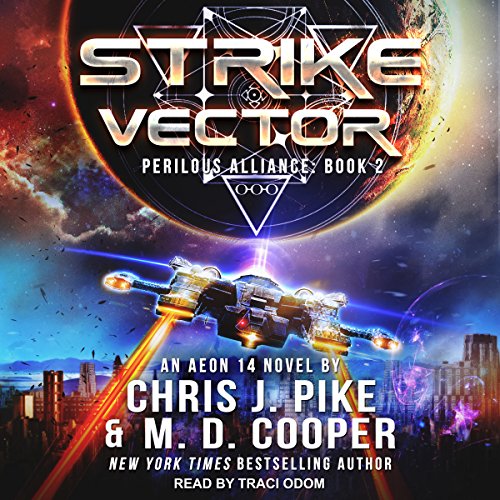 Kylie Rhoads risked life and limb to rescue a girl, thrusting the Dauntless and its crew in the middle of an interstellar tug of war. Now, running from Silstrand Alliance, the Gedri Freedom Federation, and The Black Crow, Kylie fights against the very thing she set out to save.

Advanced nano-technology is slowly changing her body and rewriting her brain - a process she may not survive. The nanotech is priceless, and some people - maybe even some in her crew - would kill to sell her out.

But before Kylie goes down in a blaze of glory, she'll risk it all one more time to do the one thing she promised to do: find Nadine and free her from the bounty hunter who's holding her prisoner.

What Kylie doesn't know is that she has more enemies than she ever imagined, and their number is growing daily. Every one of them will do whatever it takes to ensure the others don't gain her advanced nanotech.

Even if it means all out war.

What listeners say about Strike Vector