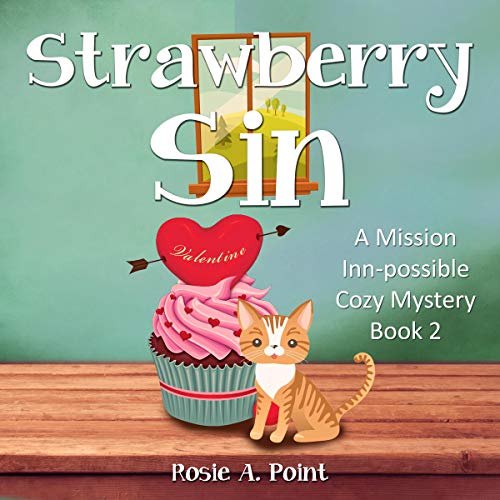 By: Rosie A. Point
Narrated by: Senn Annis

What’s worse than gossip? How about a murder....

Spy-in-hiding Charlotte Mission is determined to keep her nose clean, after nearly being exposed to the man who’s hunting her - her ex-husband. She’s not interested in getting involved in another murder investigation. That is, until the local librarian is slain, and her ex-spy grandmother is fingered as the one whodunit.

Charlie’s got to solve the mystery before grandma’s secret stash of weapons - don’t ask, don’t tell - is discovered, and they’re both carted off to federal prison. Or worse. But that’s not going to be easy, what with another agent snooping around, a literal fire to put out, and a new kitty shelter to run.

She must solve the case before grandma goes to jail. Or breaks out of it.

What listeners say about Strawberry Sin