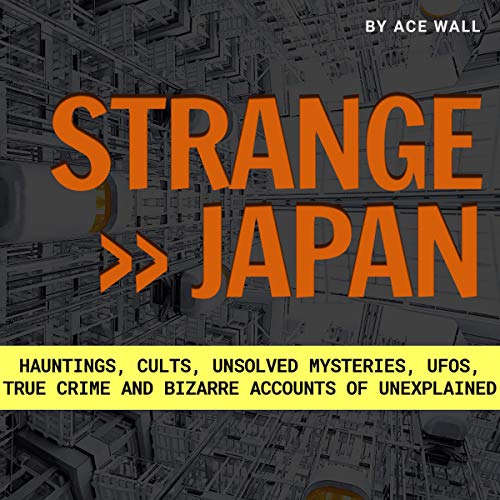 Warning: This book will give you the creeps!

Welcome to the dark side of Japan. Real accounts of strange events, horrifying crimes, dangerous cults, disappearances, and more!

After a strange phone call to her boyfriend and some strange unexplained behavior, a schoolgirl goes missing on her way to her part-time job.

A group kidnaps the president of a candy corporation, demanding millions of dollars.

An abandoned school is said to be the most haunted location of Japan.

A captain and his flight crew of Japanese Airlines see a massive UFO in 1986.

A group of schoolgirls drive to a haunted location never to be heard from ever again.

Living ghost soldiers of the Japanese army that fought the war for almost 30 years!

These are just of few of the stories that are in this book. Some stories will give you the creeps, the chills. Some will leave you frightened, while others will leave you baffled by there unexplainable nature.

What listeners say about Strange Japan

I'm afraid the narration was really rather poor. I might well have found the stories which I actually heard absorbing or even disquieting, had the narrator made any attempt to invest his voice with character or presence.