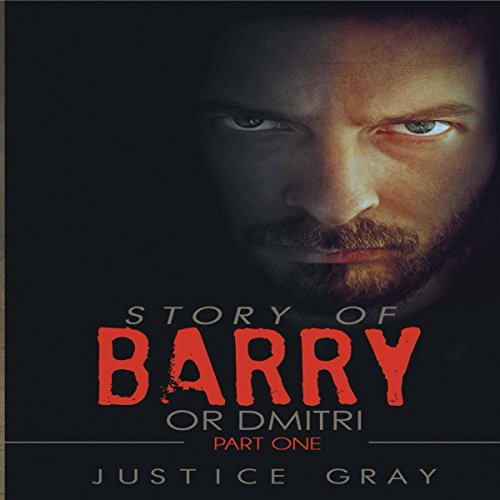 Story of Barry: or Dmitri

Barry, age 35, moves from a western state to the Midwest after having spent time in jail for being accused of raping an underage girl, who played him for a fool, making him believe she was in her mid-20s. He meets Patsy, who plays on his sympathies as the abused ex-wife of a small-town farmer. He thinks they have a lot in common, and she gets him a job at a retirement home as an assistant director, which is what he studied for while in prison, but Barry and Patsy falsify his records a bit. After a few months, he learns that she was the town whore.

Barry also learns that while he was in prison, his father appointed his nephew Frankie to take over his business, Hemsworth Hardware. Little did he know that Frankie was doing his parents harm, taking whatever he could out of the business; the business ended up failing, which was too much for Mr. Hemsworth, triggering his death. Barry, with the help of an inmate friend who has outside connections, conspires to catch Frankie and have him put away for good. It turns out that Frankie's partner is the husband of Barry's former girlfriend.

This story has many twists and subplots that keep your emotions at their peak.

What listeners say about Story of Barry: or Dmitri

A great book with lots of twists and turns

Where does Story of Barry: or Dmitri rank among all the audiobooks you’ve listened to so far?

No but it very interesting

Have you listened to any of Robert W. Davis’s other performances before? How does this one compare?

No. I wasn't all that impressed with this narrator as he kinda sounded a little dry but over all I didn't find myself having to concentrate on what he was saying to stay interested in the story.

This audiobook was provided by the author, narrator, or publisher at no cost in exchange for an unbiased review courtesy of AudiobookBlast


This audiobook was provided by the author, narrator, or publisher at no cost in exchange for an unbiased review courtesy of Audiobook Blast. However, I would definitely spend a credit on this book and any sequels and possibly more from the author and the narrator. I had a hard time putting this one down... Such an intense story of love, betrayal, pain, joy, and hurt! Excellently developed characters that are only made better by the narrator! I can't wait to listen to more!!