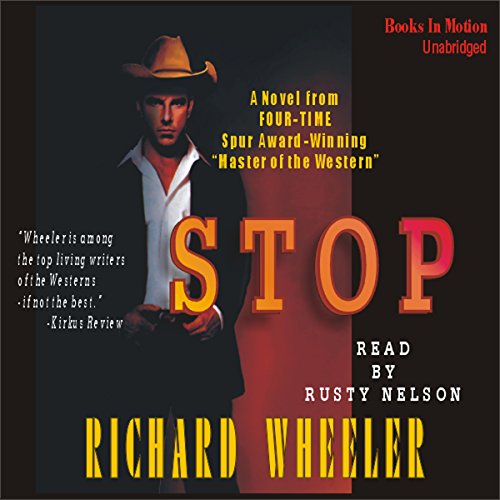 From the very beginning, Sam Stop was an enigma to the people living in Pony, Montana. Stop didn't look like a banker, dress like a banker, or act like a banker. So, while there were some initial suspicions about Stop's background, people came to respect and then trust the reclusive founder of Pony's local bank. Soon the bank became the main depository for the assets of the Pony Consolidated Mining Company.

Then one day, everything begins to change. Two eastern financiers appear in town, and it seems as if they plan a long stay. The new bankers suddenly decide to call in their loans to mine owner Ben Waldorf, prematurely. It soon becomes tragically clear that they have both the methods and manpower to do so.

Stop desperately tries to arrange refinancing for Waldorf, but his attempts are futile. The situation worsens until the town is in a state of siege. And it becomes time for Stop to shed his banker's clothing and show the town his true colors.

What listeners say about Stop