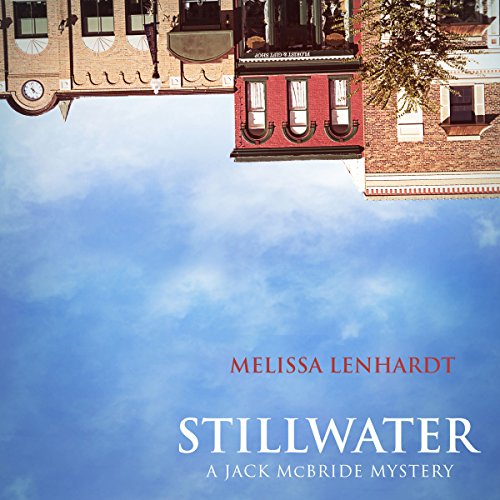 Big secrets run deep. Former FBI agent Jack McBride took the job as chief of police for Stillwater, Texas, to start a new life with his teenage son, Ethan, away from the suspicions that surrounded his wife's disappearance a year earlier. With a low crime rate and a five-man police force, he expected it to be a nice, easy gig; hot checks, traffic violations, some drugs, occasional domestic disturbances, and petty theft. Instead, within a week he is investigating a staged murder-suicide, uncovering a decades' old skeleton buried in the woods, and managing the first crime wave in 30 years. For help navigating his unfamiliar, small-town surroundings, Jack turns to Ellie Martin, one of the most respected women in town - her scandal-filled past notwithstanding.

Despite Jack's murky marriage status and the disapproval of Ethan and the town, they are immediately drawn to each other. As Jack and Ellie struggle with their budding relationship, they unearth shattering secrets long buried and discover the two cases Jack is working, though 50 years apart, share a surprising connection that will rattle the town to its core.

What listeners say about Stillwater

Good book, but second book in the series isn't available yet on Audible. I didn't realize that. Recommend waiting for next book to be available or be prepared to read book two of you want conclusions for the story lines.

The book was moderately interesting but the ending left so many unresolved issues. At first I thought my recording device had just skipped ahead but I replayed the ending and it was like the author just stopped writing before finishing the story.

Stillwater, by Melissa Lenhardt was as good as the reviews I read. Jack McBride and his son Ethan move to the small town of Stillwater, where Jack has taken the job of police chief. Expecting things in the small town town to be quiet, Jack is in for quite a shock when a murder occurs just hours after arriving in Stillwater. Things go from bad to worse as Jack and Ethan try settling into their new home.

I don't want to give away any more of the plot, so you will just have to read or listen to the book. The narrator did a very good job bringing the small town characters to life. I don't usually like a male narrator trying to do the voice of a woman, but Willian Dufris did an excellent job.

I hope there will be additional books with Jack McBride and Ellie, as they had a very strong attraction going and I want to see where it will lead.

I would recommend this book to those who love hearing about small town living in the State of Texas. I have spent a great deal of time in some of the small towns and realized the descriptions of town life, characters and personalities are pretty close to the truth in "Stllwater". Everybody knows everybody, the good, bad and ugly of small town life, but regardless of things and situations faced in day-to-day life is something that can grab your heart and never let it go! I still long for my last days to be lived out in my old college town in West Texas. The scenes are quite accurate and you can really visualize the towns people, cozy stores and easy living. Looking for more good books like this one!

I thought several times the storyline would follow through with something. Several story lines possible. No. Nothing. The ending was the worst possible. It just stopped. Too many loose ends that never concluded. And on the narrator, I hate when they have a singy voice especially on the last syllable of a word...you know they kinda drag it out.

For starters Sweetwater in not on E TX. Down hill from there. Terrible narration also

I was hoping for much more. Sadly so much was going on that it was hard to get really involved in the story.

The story is good and even funny at times but the ending leaves so many questions unanswered that I kept expecting another chapter where it is all resolved. Shame on the author for worrying more about selling a second book than satisfying her readers.

The author of this "mystery" was trying for a police procedural + romance. It was mostly romance, and the police work suffered. I liked the narration, but the book itself,not so much. One word review - poor.

Perfect story for a soap opera

Really enjoyed this story, the characters were well developed, and we have met everyone of them in our own lives. The sanity or insanity of the people we brush shoulders with everyday are in this book...the events in this book could have happened yesterday or next week. Try the book out I think you'll enjoy what you hear. And this book ends in such a way that tells you the next book is on the way.