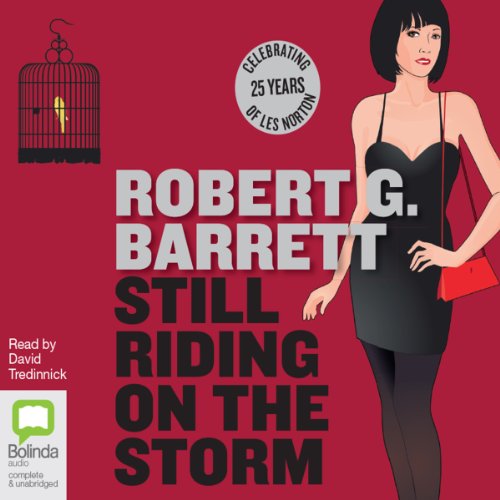 Still Riding on the Storm

Still Riding on the Storm

This book was first published in 1996 under the title Rider on the Storm and Other Bits of Barrett. It was a one-off book that got under the radar and a lot of Robert G. Barrett's readers weren't aware of it.

Fifteen years later, to mark the 25th anniversary of the first Les Norton novel, this collection is being republished. It's the original stories re-edited, as well as some classic articles and columns on a range of subjects such as publishing, fame, dates, and the dole. Plus two brand new Les Norton short stories and a feature article, "Bowling for Bukowski", which is about the last three years of turmoil in the author's life.

As well as showing his usual sense of humour and astute observations, Robert G. Barrett also believes that he and a friend have come across a treatment for cancer that actually works!

Fiction or nonfiction, Still Riding on the Storm proves yet again why Robert G. Barrett is Australia's best-loved contemporary author.

"The king of popular fiction." ( The Australian)