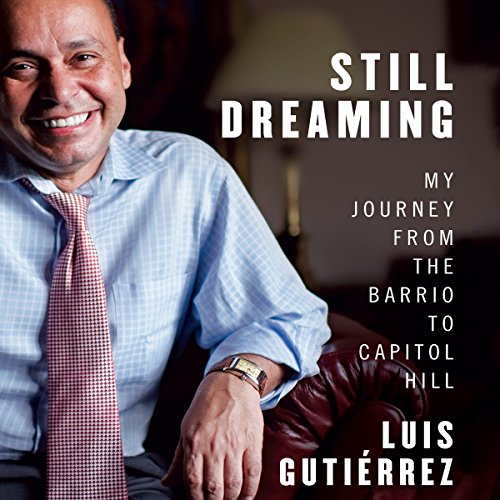 A candid, savvy, inspiring, and often hilarious memoir by one of America's most fearless political leaders. Beloved by the immigrants and working people whose rights he has championed, 11-term Congressman Luis Gutierrez is, among Latinos and along with Supreme Court Justice Sonia Sotomayor, the most recognized Hispanic public figure in America. Here Gutierrez recounts his life between two worlds: too Puerto Rican in America, where he was born and yet was told to "go back to where you came from"; too American in Puerto Rico, where he was ridiculed as a "gringo" who couldn't speak Spanish. For much of his early life, he seemed like the last person who would rise to national prominence. Yet his tremendous will and resilience shaped his varied experiences - from picking coffee beans to driving a cab - into one of the most surprising careers in American politics. He campaigned for Chicago's first black mayor, Harold Washington. Someone threw a Molotov cocktail through the window of his house, and he only grew more committed to reform. Tested in the crucible of the notoriously tough Chicago city council, he earned the nickname "El Gallito": the little fighting rooster. Gutierrez was one of the first Latino public figures to support gay rights; he led the fight to cut Congressional paychecks, hashed out legislation with both Ted Kennedy and John McCain, and fought with Newt Gingrich and George W. Bush. Despite his strong support for Barack Obama in two elections, he has twice been arrested while protesting for immigrants in front of the Obama White House. From recollections of his failures as a teenage activist to his crackling observations of the nautical decor in Kennedy's office and the white-gloved waiters of the Speaker's dining room, Gutierrez is as endearing to the reader as he is sometimes maddening to his colleagues, inspiring us all to stand up for our rights and for those of others.

What listeners say about Still Dreaming